In March, “Team Cobalt” visited DS Containers of Batavia, IL to receive a check to sponsor them to travel to Anaheim, CA, to compete in the 2014 VEX Robotics World Championship. In the past, Team Cobalt, whose members also live in Batavia, won First Place in Software Programming Skills and came in tenth in the World Competition. Team Cobalt consists of two 12th graders, Mia Garbaccio and Sue Park and two 8th graders, Katie Miller and Gabby Garbaccio. Gene Garbaccio, father of two team members, is their coach. The slogan “DS Containers, the Shape of the Future,” will be affixed to Team Cobalt’s competing robot.

At the DS Containers plant, the team was provided with an overview of the company’s manufacturing process and a tour of the plant with special emphasis on the robots used to convert flat steel into finished, printed aerosol cans. 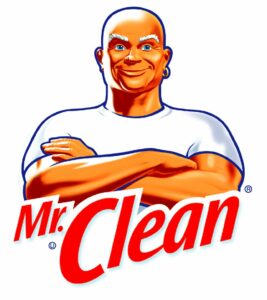 Harry Richard Black, the artist who created Mr. Clean, the bald character in a white T-shirt and gold earring featured in P&G product advertisements for more than 50 years, died March 30 at the age of 92. Born in Philadelphia, Black’s artistic career included a 20-year commission from the U.S Dept. the Interior to paint Smokey Bear, the fire prevention mascot who warns us that “only you can prevent wildfires.” 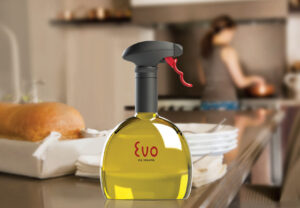 The Evo Oil Sprayer for everyday use in cooking was a winner at the recent third annual International Housewares Association (IHA) Innovation Awards at the McCormickCenter in Chicago. Evo is the first trigger sprayer for spraying cooking oils, according to the manufacturer Delta Industries. Evo Oil Sprayer exhibited at the corresponding International Home + Housewares Show with Harold Import Co., exclusive distributor of Evo in the U.S.  Packaging for Evo is supplied by M&H Plastics. 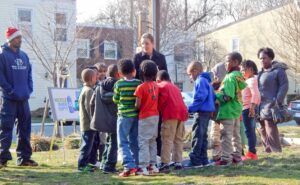 In recognition of National Inhalants & Poisons Awareness Week, the Alliance for Consumer Education (ACE) hosted a Health & Safety Fair at a local Boys & Girls Club in Alexandria, VA to help children and families learn how to make smart decisions in their homes. The Consumer Aerosol Products Council (CAPCO) participated in the event with a “Recycling Relay Race,” where students had to race to properly place articles in recycling or trash bins. Pictured, CAPCO’s Hillary VanderBand encourages recycling and increases awareness of the recyclability of empty aerosol products.