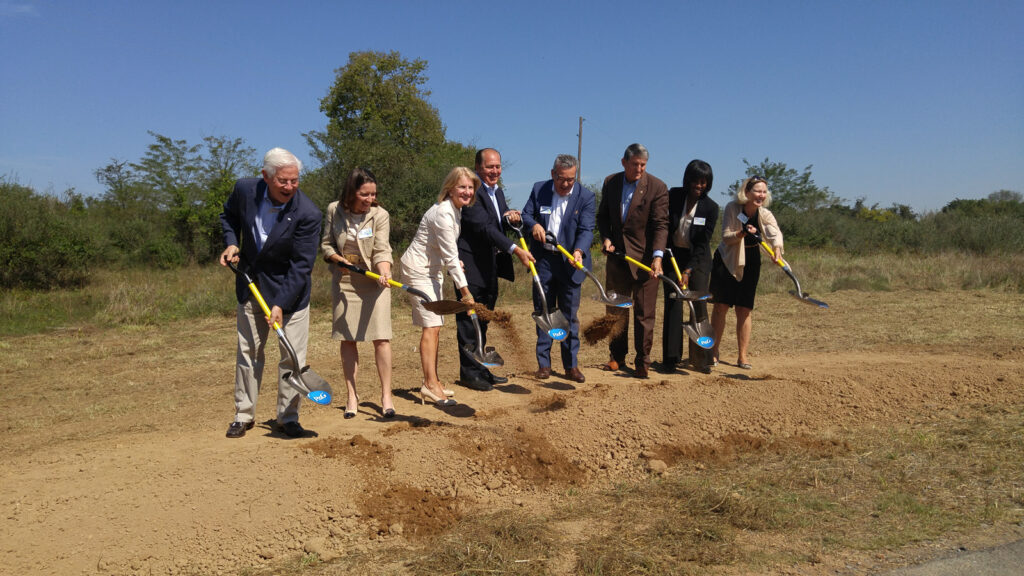 The Procter & Gamble Co. (P&G) officially broke ground on a new $500 million plant near Martinsburg, WV on Sept. 18. The plant is designed to improve the Cincinnati-based consumer goods giant’s access to its customers on the East Coast, nearly 80% of which are within a day’s travel from the site.

Only the second plant built by P&G in the U.S. since 1971, it is expected to open in 2017 and employ 700 full-time workers by 2019. One of the largest economic development projects in the state’s history, according to P&G, it will provide some 1,000 temporary jobs when construction begins next month.

Although merely ceremonial, the first shovel piercing the Earth marked what many hope will be the dawn of a new era in the state’s Eastern Panhandle.

Berkeley County officials have been attempting to lure Fortune 500 companies to the area since borrowing $2 million in 2012 to double the size of Tabler Station Business Park, just off of Interstate 81, to more than 580 acres.

The over 1,000,000 sq ft P&G facility will span 458 of those acres, producing for multiple yet-unspecified brands. The deal includes a 20-year tax abatement, required job creation and investment benchmarks, and $8.5 million from the state for infrastructure improvements.