Hello everyone. In last month’s Corrosion Corner, I identified and discussed the multiple microenvironments that occur inside spray packaging and spray packaging components.

There are two overarching types of metal, polymer coating and laminated metal foil corrosion and they can occur separately or together in any of the various spray package microenvironments:
• General corrosion
• Localized corrosion

Let’s discuss general and localized corrosion while looking at a few examples. 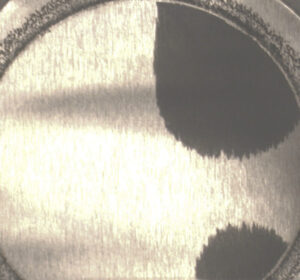 General metal corrosion, such as that in Figure 1, typically does not reduce package service lifetime. However, general corrosion contaminates the product with metal ions that could adversely affect product efficacy, such as smell and color.

Figure 2 has an example of extensive coating delamination without metal corrosion under the coating. Pieces of free (delaminated) coating could clog spray valves, thus preventing the package from spraying and reducing package service lifetime. 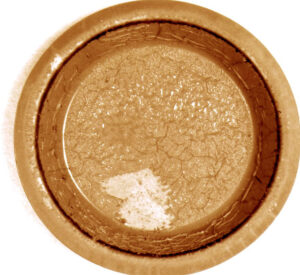 General corrosion could occur in any type of microenvironment discussed in last month’s Corrosion Corner. General metal corrosion under a coating could also cause large areas of coating or laminate film delamination from the package base metal.

The most common forms of localized metal corrosion are pitting and corrosion inside the crevices formed by aerosol container double seams and the container curl-aerosol valve crimps. 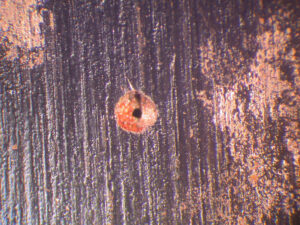 Figure 4 has an example of blistering—the most common form of localized coating and laminate film corrosion. The diameter of the blister in Figure 4 is approximately 1–2mm. Sometimes blisters can also have metal corrosion under the blister. 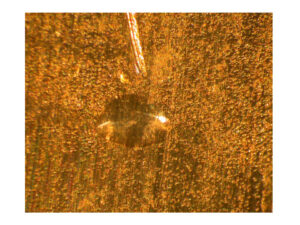 There is no theoretical way to predict if general and localized corrosion will occur. An extensive corrosion database is useful for modeling potential corrosion for derivatives of existing formulas (line extensions), but corrosion testing is necessary for both new formulas and derivatives of existing formulas to confirm if corrosion will or will not occur and if failure is expected prior to the target package service lifetime. Corrosion testing could be either a long-term storage stability test (1-year minimum) or electrochemical corrosion testing with the appropriate parameters (3-month maximum with the appropriate test parameters).

Please visit www.pairodocspro.com for more information. Thanks for reading and I’ll see you in December. SPRAY