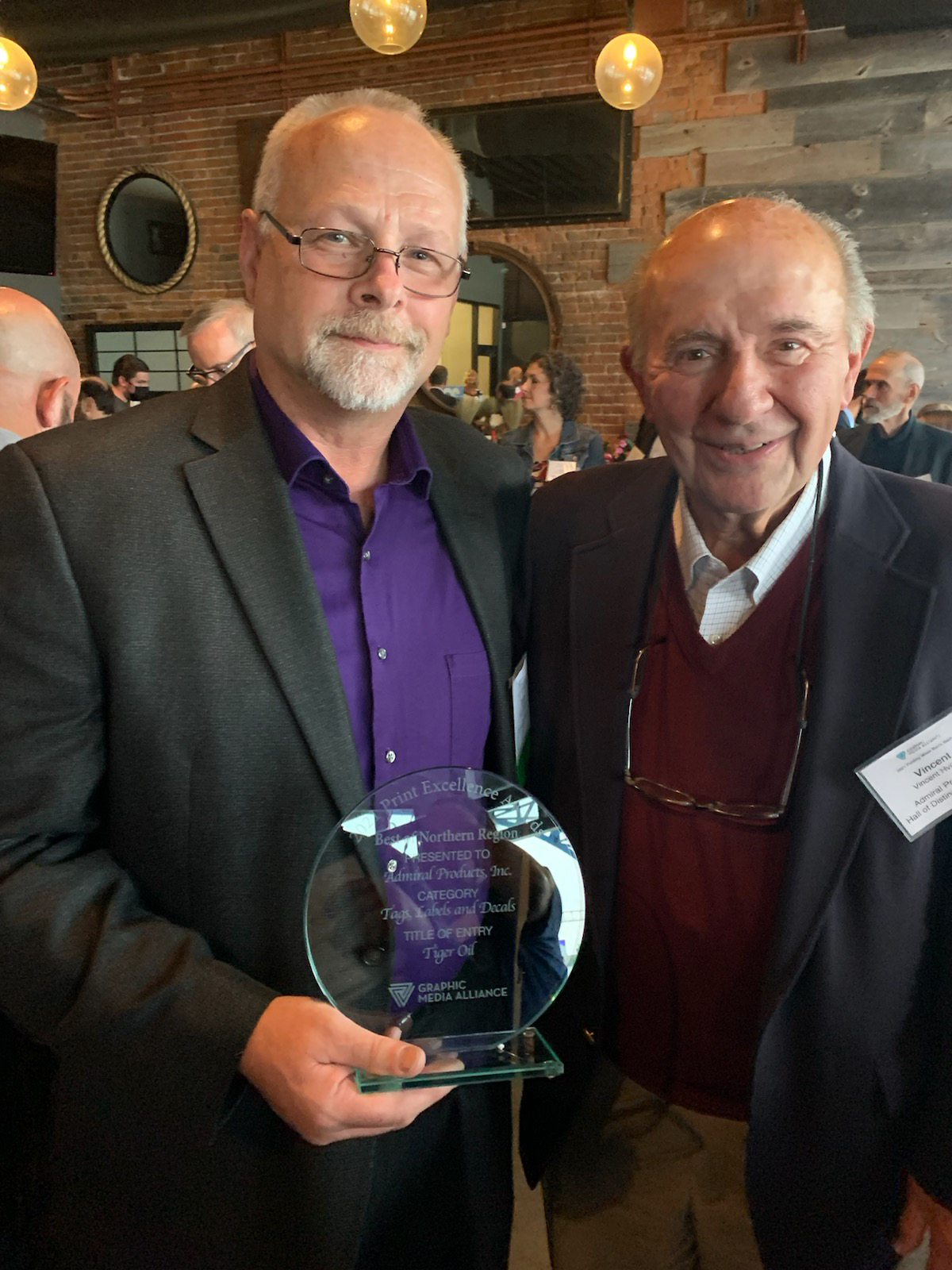 Each year, Graphic Media Alliance holds its Print Excellence Awards competition to recognize Ohio, Michigan and Northern Kentucky printers who have demonstrated excellence in 35 categories. The awards ceremony took place at Collision Bend in downtown Cleveland on May 28, where Admiral also received the coveted Best of Show honor.

“Ken and Jeff are very experienced judges and printers whose combined expertise spans more than 75 years in print. They were impressed with our members’ incredible and creative work in such a difficult year due to the pandemic.,” noted Graphic Media Alliance President, Jim Cunningham. “It’s easy in today’s fast-paced world to just get the job done, but our Association members continue to demonstrate the pride and dedication to their craft that has made Ohio, Michigan, and Northern Kentucky printers some of the best in the world!”

All of the Gold award winners in the regional competition are entered in a nationwide competition for the Best of Category prize that will be awarded in September at the 2021 Grand Ceremony sponsored by Millcraft.