Hired in 1985 as Technical Editor for Aerosol Age (as SPRAY was called then), Johnsen had written approximately 30 technical columns prior to then, and more than 300 since. 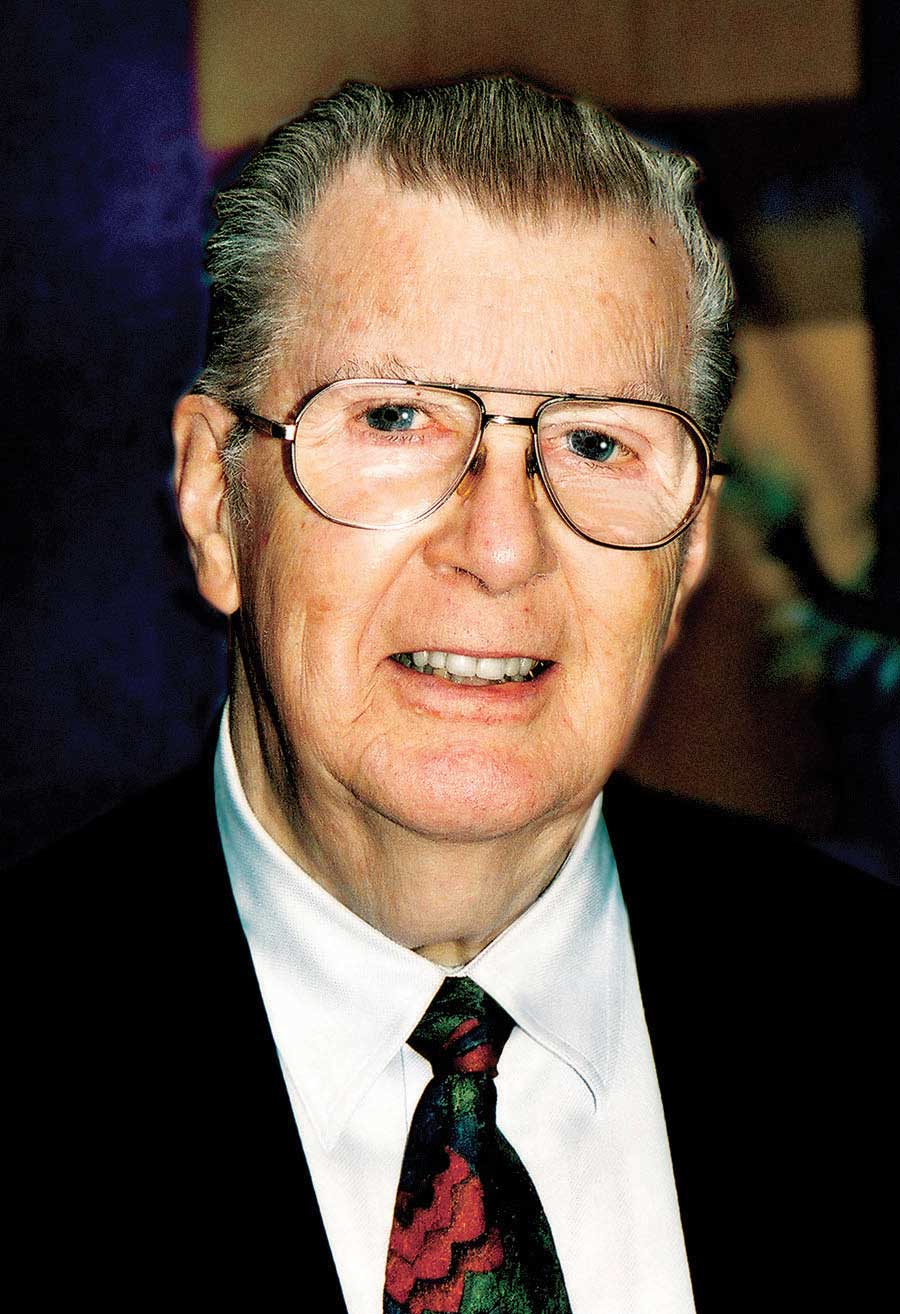 “My father (‘The Baron’) was a master carpenter, able to construct winding staircases and other complex structures,” Johnsen told SPRAY in a 2020 interview.

“He learned the trade from his father and was rather disappointed that I did not carry on the family tradition, [although] actually I have, by making huge improvements in all three of the Danville, IL houses we have lived in. I currently have a large woodworking shop in the basement of our present house.”

It was in late 1953 when Johnsen joined the aerosol industry as the group leader of R&D for the Continental Filling Corp. in Danville, IL. In 1955, he became one of the founding members of the Peterson Filling & Packaging Co. in Danville and was named Director of Research. 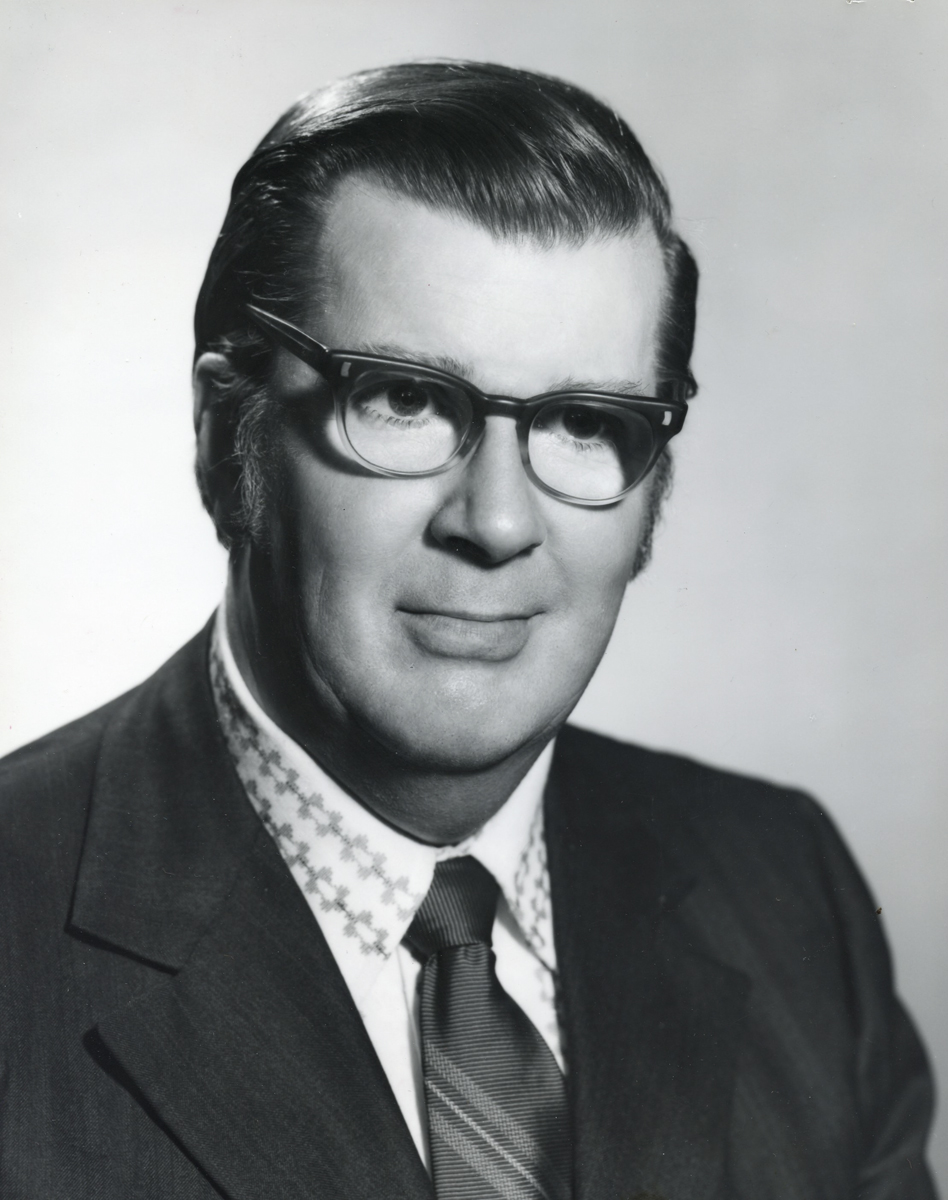 By 1962, he had become the VP of R&D, with responsibilities in research, product development, quality assurance and regulatory affairs. He was also elected to the Board of Directors. The Peterson Filling Co. was purchased in 1964 by CPC International, Inc. From 1965 to 1980, the company—then known as Peterson/Puritan, Inc.—expanded to four filling facilities in the U.S. and four international facilities; Johnsen was placed in charge of all technical activities for the U.S. plants and had dotted-line authority at the others.

Monty leaves behind his wife of 53 years, Marie.

“Marie Lambert was a chemist (Master’s Degree, U. of Wisconsin), and when she walked into the Peterson/Puritan laboratory unannounced, I hired her immediately,” recalled Johnsen.

“When we married two years later in 1968, she left to own and operate a local beauty salon.” 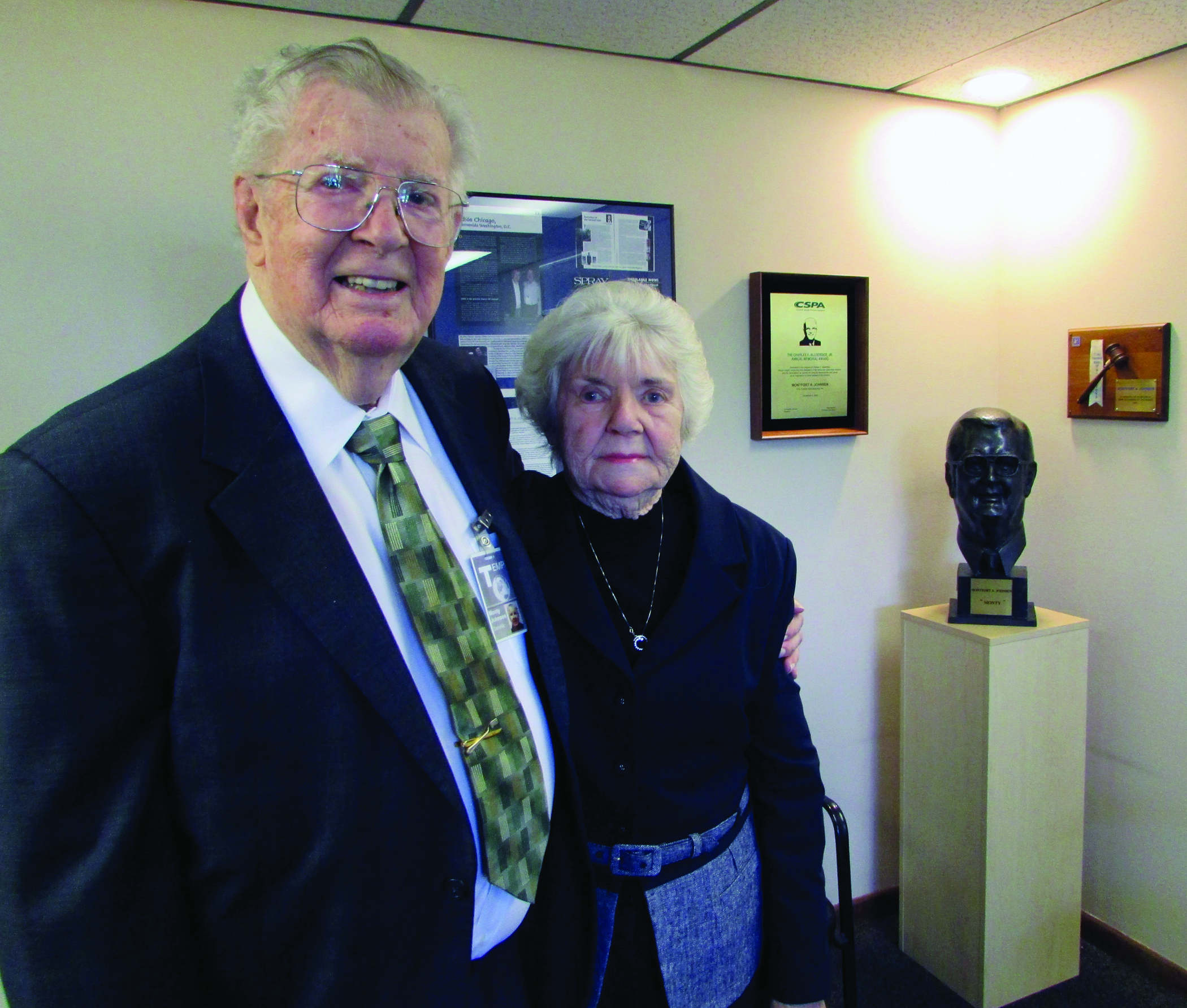 In 2017, KIK Custom Products officials honored Monty Johnsen, along with his wife Marie. As one of the founders of KIK, Johnsen provided almost 70 years of service in the aerosol products field. His bust sits in the visitor’s entrance lobby at the KIK plant (now Voyant Beauty).

In 1987, when Hi-Port Industries Inc. purchased Peterson/Puritan, Johnsen decided to join the private sector and form an aerosol consulting firm—Montfort A. Johnsen & Associates. At the request of Hi-Port, he agreed to become its part-time aerosol consultant, retaining his office and access to the facility in exchange for his vast experience and knowledge. This arrangement continued from that point all the way through March 2020 with the then owners (KIK Custom Products).

Until the COVID-19 pandemic shut down normal activity, Johnsen visited KIK several times a week, talking with chemists and occasionally the General Manager. KIK was acquired by Voyant Beauty in August 2020.

Johnsen is credited as the inventor of five aerosol-related patents. Additionally, he served for a record 11 years as a board member for the (now) Household & Commercial Products Association (HCPA). He was elected chair of the Aerosol Products Division in 1974 and Chairman of the Board in 1981.

In 2003, Johnsen was honored with the HCPA’s most prestigious honor, the Charles E. Allderdice, Jr. Memorial Award for his many achievements in the advancement of the aerosol industry. He was also named “Man of the Year” by both the Southern Aerosol Technical Association (SATA) and the Federation of Latin-American Aerosol Associations (FLADA).

“I was an HCPA member since 1953 and attended every convention (except one) for over 60 years; this was a record and a plaque was presented,” Johnsen had noted. Ultimately, he attended 127 Mid-Year and Annual Meetings with HCPA.

Johnsen wrote all or part of approximately 10 aerosol books, the most notable being The Aerosol Handbook (Editions 1 & 2), considered “The Bible” of the industry, and The Aerosol Guide. Additionally, he wrote several hundred articles, via six trade journals, for a worldwide audience. In addition to being Technical Editor for SPRAY, Johnson wrote for the Aerosol Industry Newspaper (Japan) and the Journal of Aerosol Communication (China).

“I directed four-day Aerosol Technology seminars for The Center for Professional Advancement (CfPA) for 26 years in New Jersey, Illinois and Amsterdam,” Johnsen had explained.

Ultimately, Johnsen traveled to more than 30 countries for both leisure and as an aerosol technology expert. In 1987, he began to offer services including technical, environmental, regulatory and safety-oriented advice, technical assistance and expert witness participation in lawsuits (in support for the industry), problem-solving, product formulation, packaging and recommendations for aerosol line installations, controls and improvements.

Johnsen also acted as an expert witness in both Federal and State Courts, as well as the Royal Court of England in London.

He was preceded in death by his parents; a sister, Cora Neumann; a daughter, Carol Johnsen; and his stepson, Warren Kosinski.

Other family members include a niece, Dr. Caryn Neumann of Columbus, Ohio; and cousin, Price Lodge of Sun City, Ariz.

In lieu of flowers, memorial donations may be made in Monty’s name to St. Jude Children’s Research Hospital in Memphis, Tenn.