Air & Oxygen……Good and bad for aerosols

Today, virtually every aerosol has some air in the dispenser. The amount varies with the fill volume, the degree of vacuum crimping (if any), the volatility of the content and other factors. It can be useful on occasion, but is more likely to be either neutral or problematical.

Ordinary tropospheric air contains over 50 ingredients if one includes those present in parts per billion (ppb.)  The more important ones are listed as follows: 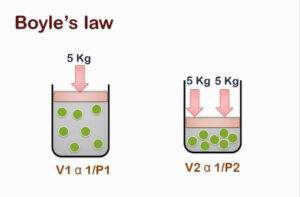 The most obvious effect of trapped air is that it adds pressure to that of the aerosol formulation. For instance, in an extreme case, if an empty can is atmospherically crimped (no vacuum), and the can is then filled by a through-the-valve (T-t-V) gasser to 80% of its capacity, the partial pressure of air will typically be about 24 psi. (70°F). On the other hand, if it is filled with the product to 80%, using a through-the-cup (T-t-C) gasser, and then atmospherically crimped, the partial pressure of air will be in the order of 5psi. (70°F), since the amount of trapped air will be much less. In most cases, the can will have been filled with the liquid concentrate, prior to gassing, resulting in partial pressures of air that are intermediate between the two extremes.

The industry has gradually converted to the wide-spread use of vacuum crimping. Unofficial standards for high-speed production lines anticipate that cans will be evacuated to 20 +/- 2″ of mercury (a perfect vacuum would be 29.92″ of mercury, at sea level). The process removes about 64% of the trapped air, as currently practiced. The partial pressure due to air then decreases linearly.

One might guess (or calculate) that the compression of the air-filled head space volume would follow Boyle’s Law—that for a 50% decrease in volume a 10psi pressure of air would double to 20psi. This is incorrect, since the liquid content dissolves most of the trapped air. The amount dissolved increases as the pressure increases. Conversely, the amount decreases as the temperature rises. This happens, but the effect is very small compared to the greater solvency of air due to the increased pressure.

Every aerosol product (concentrate plus propellant) will have a unique degree of air solvency, preventing any generalizations. As aerosol dispensers are used, the head space volume increases. Some of the air then flows from the liquid phase, but the overall effect is a lowering of the total pressure. The attenuation of trapped air will reduce the delivery rate slightly, but will have almost no effect upon particle size distribution. Such other aspects as propellant loss into the head space, propellant fractionation of blend, use of vapor-tap valves and so forth affect spray characteristics to a greater degree that the decrease in the partial pressure of air.

Taking the total pressure of an aerosol that has a partial pressure of air is a bit of a challenge. Just using an ordinary gauge will give lower pressure than the original one in the can, since some of the trapped air enters the entry fittings and Bourdon tube of the gauge. In effect, the head space has been enlarged. Using a pre-pressurized gauge will give a higher, more accurate pressure, but still, some air will be lost into the adapter tube up to the toggle valve. The most accurate pressure is obtained by using a gauge three consecutive times. For example, if pressures are 60.0, then 59.0 and then 58.0psig, it follows that the “0th” or original pressure was 61.0psig. The can should be shaken between readings for re-equilibration and the can pressure should be within the middle third of the dial range.

Of all the ingredients in tropospheric air, oxygen is the most chemically active. It is, of course, vital to life. On roads leading from China to the 18,000 foot highlands of Tibet, stores and gas stations offer large aluminum aerosol cans containing about 125psig of oxygen gas, since oxygen deprivation can cause older people to fall asleep en route to the Himalayas. The cans are returnable, but for very little, since the shopkeepers say they cannot determine if any of the 5–6 grams of oxygen have been used.

Extra oxygen refreshes the brain and tired muscles. On that basis, weary shoppers in Tokyo’s Ginza District can go to an “oxygen bar” for a few deep inhalations of either pure or 85% oxygen. Their energy restored, they can then continue their shopping tour. Take-away aerosols are available, but bar patrons usually get their oxygen from a large cylinder. Payment is ostensibly high for the sterile nose-piece.

Oxygen as an Oxidizer

In the early days of the U.S. aerosol industry, two-piece and three-piece tinplate cans were filled inverted with the product pre-chilled to about -40°F using a massive ammonia or HCFC-22 refrigeration system. The heavy Freon or Genetron propellant vapor displaced all the air from the head space. The cans were hand fitted with bottoms, which were sealed by means of a Panama Double Seamer or equivalent device. They were then hot water bathed.

Similar techniques are currently used in the filling of beer and beverages. Wine bottles are filled almost to the top, and the tiny amount of air is displaced with a stream of carbon dioxide. It is well known that air (oxygen) can degrade the odor and taste of these drinks, so it is rigorously excluded. Once a bottle of wine is opened, oxygen gets into the product that remains after the first round of drinks. Degradation, including off-odors, taste changes, translucency and resin formation can begin after only a few minutes, usually making the wine less enjoyable. 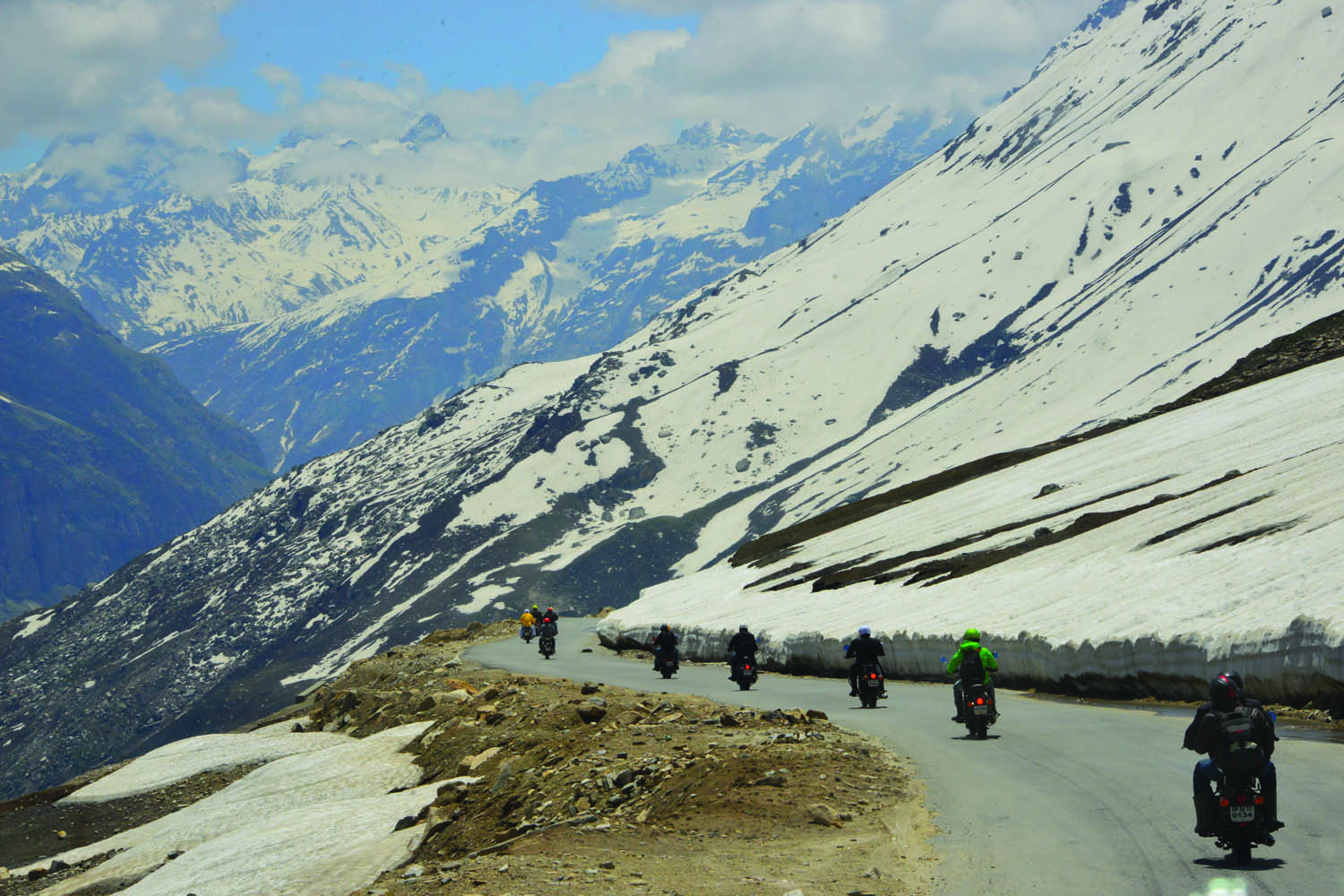 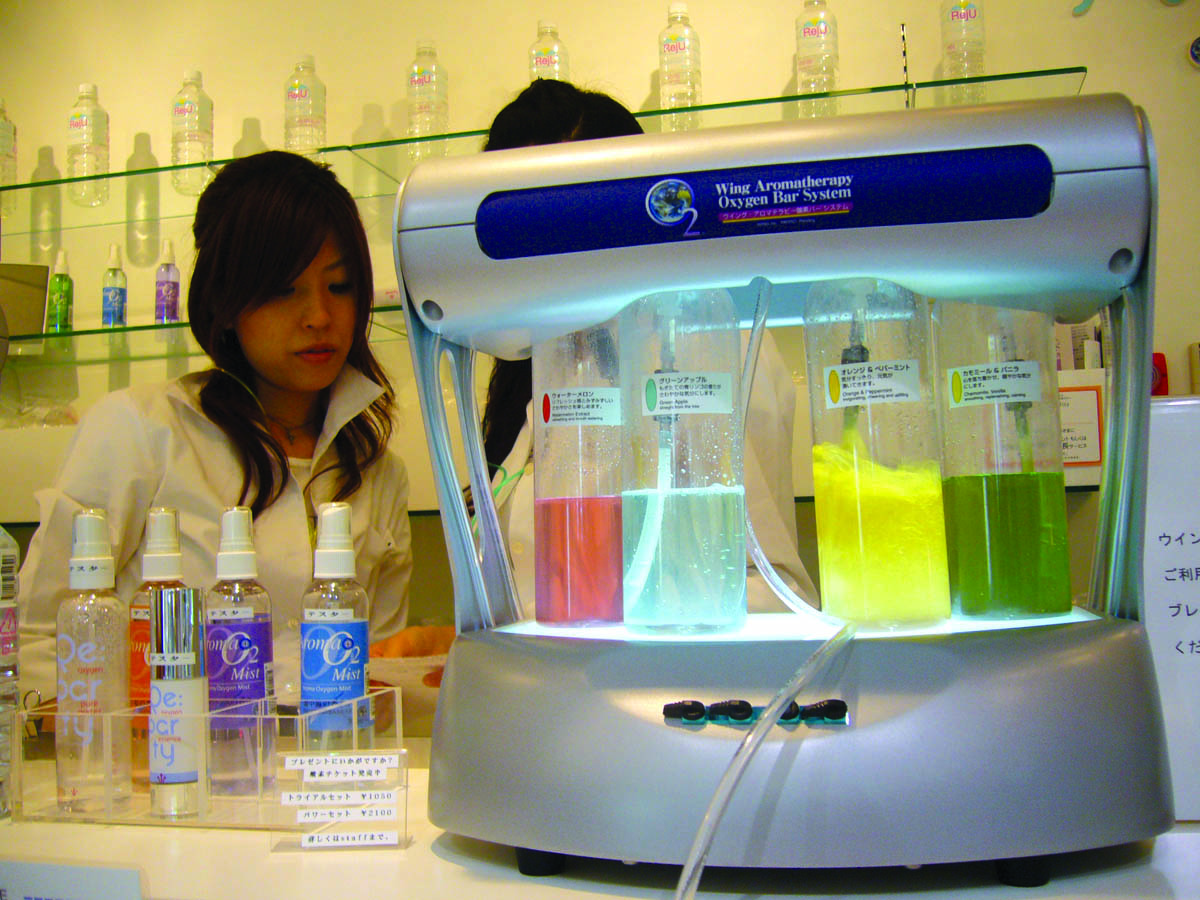 By about 1957, the aerosol industry left cold filling behind and adopted T-t-V, and then under-the-cup (U-t-C) gassing instead. For the first time significant amounts of air (oxygen) remained in their plain interior tinplate cans. Problems began with serious corrosion, affecting truckloads of DDT-containing insecticides. Traces of oxygen and water were the culprits. The industry rapidly developed both lined cans and vacuum crimping equipment. Numerous corrosion inhibitors were utilized.

A problem with oxygen is that it is slightly soluble in water and organic liquids. Simply stirring them or pouring them in air is sufficient to have them rapidly absorbing the gas to near saturation levels. Oxygenated water is fairly corrosive to iron, tin, chromium and many other divalent or polyvalent metals, slowly converting them to such oxides as Fe2O3, SnO2 and Cr2O3. The rate of oxidation of various substances, such as ascorbic acid, is hugely increased by the presence of transition elements like iron, but especially traces of copper.

Sometimes the oxidation is instantaneous and even reversible, as in the case of N,N-dimethylaniline, which turns deep yellow with a stream of air or oxygen. However, upon flushing out the oxygen with a stream of nitrogen, it again becomes colorless.

Trapped air (oxygen) will be a technical consideration for aerosols into the foreseeable future, complicating the product development and production programs.

Under certain conditions, both ethyl alcohol and lower dialkyl ethers can slowly react with air (oxygen). A report suggests that ethyl alcohol and air can produce traces of acetaldehyde in the presence of small catalytic levels of water and iron. The acetaldehyde altered the fragrance, causing a product recall. With diethyl ether, and particularly di-isopropyl ether, air contact can produce peroxides and aldehydes. Solid films of these peroxides can be explosive. They may (or may not) have been associated with the explosion of a Toronto, Canada aerosol filling plant in about 1970, during their production of a 91% diethyl ether and 9% carbon dioxide aerosol engine starter.

A number of organic chemicals have been shown to be air (oxygen) sensitive. They include some aldehydes and some vitamins. Suppliers package them in well filled containers, preferably quite anhydrous and usually out of contact with iron or aluminum surfaces. Large amounts may be held in plastic or tin-lined metal drums, with any head-space air replaced with nitrogen or argon. Argon is sometimes preferred because it is about 38% heavier than air, while nitrogen is only about 97% as dense and may tend to “float” away to some extent.

Since aldehydes (R-CHO) often have intense odors they are used quite sparingly in formulating essential oil fragrances. Their oxidation often leads to the corresponding carboxylic acid (R-COOH). Where “R” is propyl, (C2) propylic acid has a pungent, suffocating, rancid odor. It is not used in perfumery, nor is propionaldehyde. The same applies to (C3) butric acid, (C4) valeric acid and (C5), caproic acid. However, caproaldehyde has a eucalyptus odor and is used.

The still higher aldehydes (to C13) are also utilized.

Other air sensitive organics include phenol (red deepens with air), oli of anise, oil of lemon, oil of tansy and oleic acid (discolors and racidifies). Anti-oxidants are often added to fragrance blends to stabilize them. They are chemically changed in contact with air (oxygen). In general, easily oxidized ingredients are at risk. Typical anti-oxidants are hydroquinone and its monomethyl ether.

Contacts with air (oxygen) produce not only oxidation products, but also resinification, dimerization, polymerization, trans-esterification and various interactions between functional groups. All of these effects are seen in the case of terpenes. During fragrance formulation and aerosol product development programs, it is useful to prepare the final product and test it for stability. The aerosol program should include two week storage at 120°F. Afterward, the odor of the aged product is compared with that of freshly made samples. A trained perfumer will generally be able to detect differences and determine if they are important. Perhaps surprisingly, the aged samples may have better fragrances than the fresh ones. This is the case with ylang ylang. 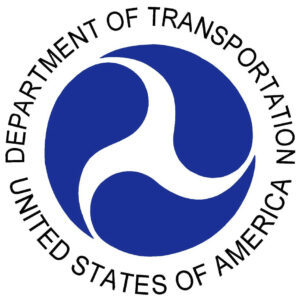 The effects of air (oxygen) on aerosols requires a sophisticated response in both formulation and testing. There are other oxidants in air, such as ozone and nitrogen dioxide, but they are in trace amounts and can be neglected. The pressures of aerosols are the sum of the partial pressure of the product and partial pressure of trapped air. In rare cases, the true pressure may exceed the U.S. Dept. of Transportation (DOT) design pressure limit of the dispenser. Vacuum crimping is suggested for virtually all aerosol units. Although this may have only a very minor effect on corrosion possibilities, it can lead to more constant delivery rates and spray patterns as well as reduced pressures. The frequent laboratory practice of completely displacing trapped air with a stream of propellant gas leads to aerosol samples with properties that cannot be duplicated in production.

Some aerosol ingredients are air (oxygen) sensitive. Others are moisture sensitive. They should be stored only in well-filled, tightly closed containers of compatible materials, held upright in cool areas. Displacing the air from partly used fragrance drums with nitrogen or argon may be beneficial if the blend includes air-sensitive ingredients. Trapped air (oxygen) will be a technical consideration for aerosols into the foreseeable future, complicating the product development and production programs. SPRAY