Avon Products’ CEO Jan Zijderveld is stepping down as the company is sold to Natura &Co Holding S.A. Zijderveld’s departure is effective immediately upon closing, which is scheduled for Jan. 3, 2020. He will hand over leadership to Natura &Co Executive Chairman Roberto Marques. The rest of the leadership team will be announced soon 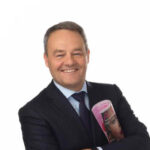 after the acquisition, according to Natura.

Zijderveld held the CEO role for two years during which he turned around the company through the “Open Up” strategy to make Avon a digital social selling beauty company by rebuilding and modernizing its model.

Prior to Avon, Zijderveld had a 30-year career at Unilever NV/PLC, most recently as a member of the Unilever Executive Committee and President of Unilever’s European business.

“The combination of Avon with Natura &Co is a transformational event and the right moment for Avon to start its next growth phase,” said Zijderveld. “I will leave Avon with a feeling of pride for what we have accomplished together with the company’s talented and passionate people and teams.”

“On behalf of the Board, I would like to express our thanks and sincere admiration to Jan for his tremendous accomplishments at Avon’s helm and know he will do well in his future endeavors,” said Chan Galbato, Chairman of the Board of Directors of Avon. “The transaction we will soon conclude with Natura &Co is testament to his success in turning around the company through his Open Up strategy. He leaves a strong legacy on which to build, and Avon is well positioned to write a new chapter of its growth story with Natura &Co.”