Hello, everyone. I recently read several news articles about a few sunscreen chemicals that might have alleged adverse environment effects; I also read of a new U.S. Food & Drug Administration (FDA) proposal for sunscreen regulations (link here).
The news articles discussed a possible link between two sunscreen chemicals—oxybenzone and octinoxate—with reef coral bleaching. These articles also mentioned that a few local governments have passed laws banning these two sunscreen chemicals on their beaches. I was unable to locate scientific papers discussing the alleged bleaching-issue, so the scientific research on this phenomenon is either fairly new, or probably incomplete and thus without broad scientific consensus at this time. 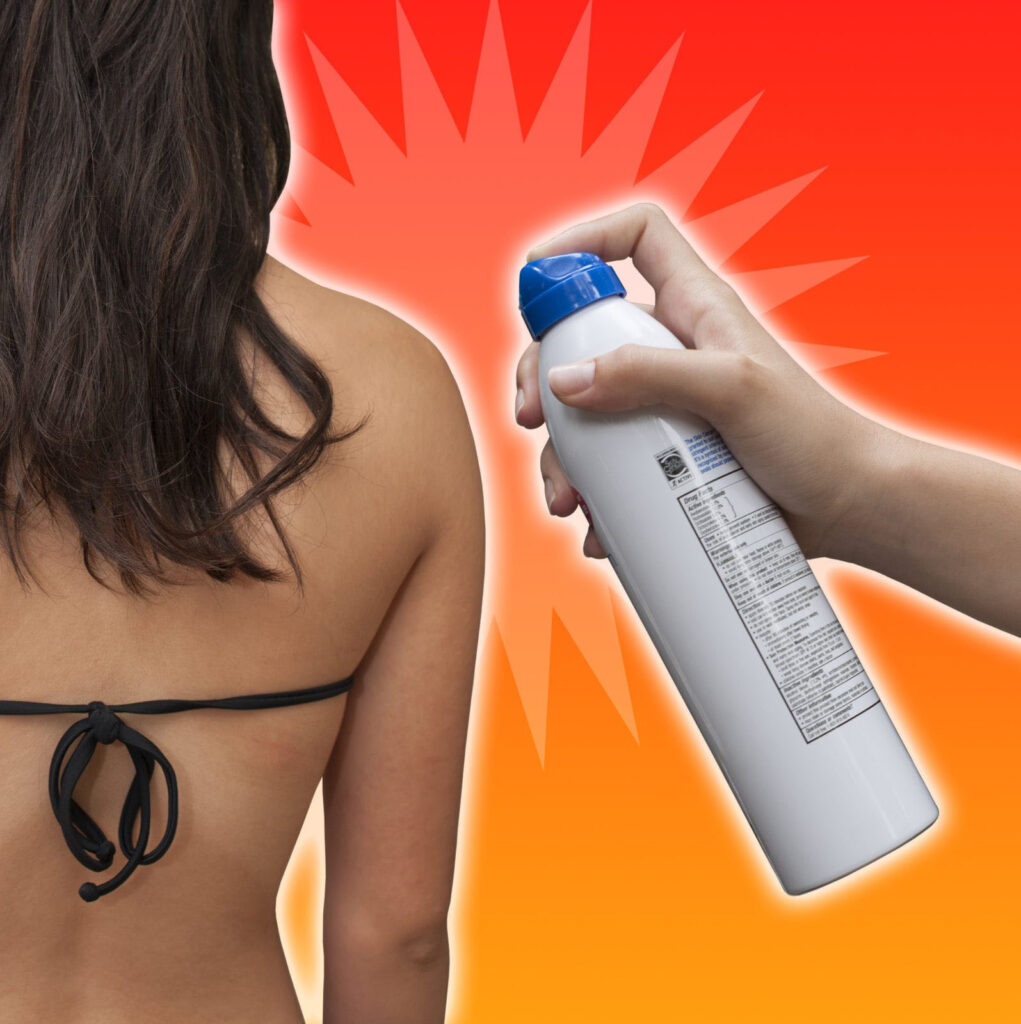 The FDA Fact Sheet for the proposed new regulations list three categories for sunscreen ingredients:
1. GRASE (generally recognized as safe and effective)
2. Not GRASE
3. Insufficient data for use in sunscreen products.

Oxybenzone and octinoxate appear in the proposed “insufficient data” category. Para-aminobenzoic acid (PABA) and trolamine salicylate are in the proposed “not GRASE” category.
Discussing these issues is beyond the scope of Corrosion Corner. However, I want to emphasize the need for corrosion testing as an integral part of reformulating, particularly if news articles, proposed new regulations and local legislation instigate reformulating efforts to find substitute sunscreen ingredients. 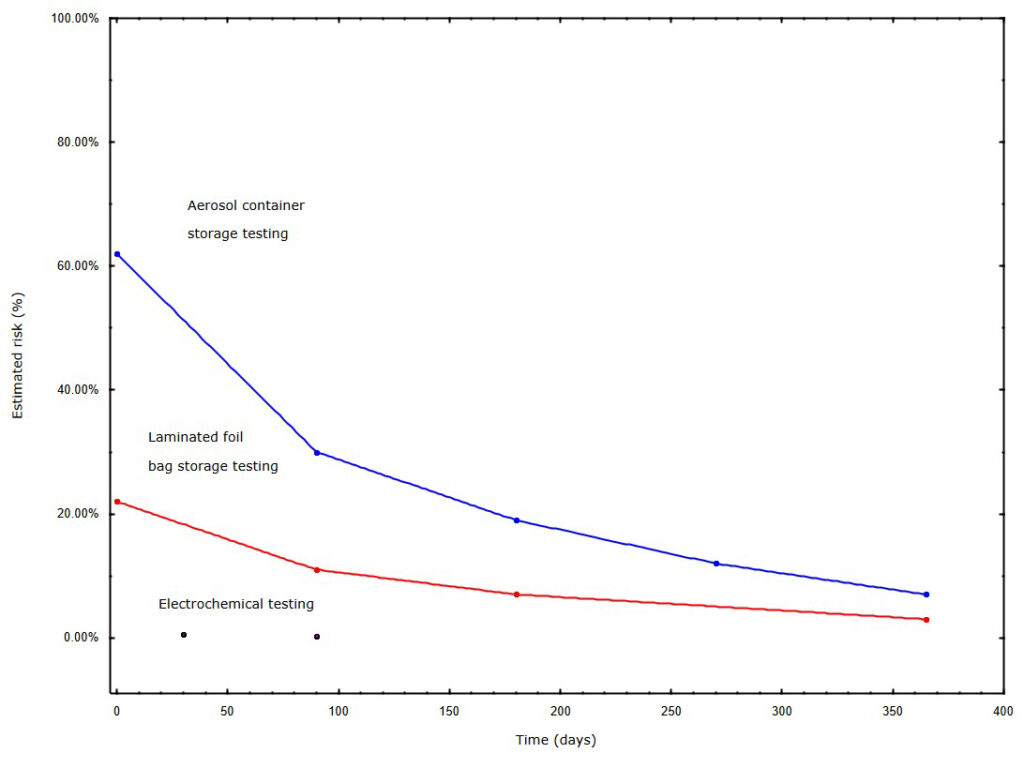 Figure 1 provides empirical estimations for risk as a function of test time. Notice in Figure 1 that the no-testing-risk (percent at 0 days) is above 60% for aerosol containers and above 20% for internal laminated foil bags with attached aerosol valves. Notice also in Figure 1 that after one year of storage testing, the risks decrease to approximately 7% for aerosol containers and approximately 3% for laminated metal foil bags. The risk for electrochemical corrosion testing is less than 1% in less than 100 days of testing when Aristartec technology is used for aerosol containers and laminated metal foil bags.
It’s tempting to use a higher storage test temperature to accelerate spray package corrosion when timetables are short. However, trying to make corrosion proceed faster by raising the test temperature often produces unexpected corrosion that could either delay production on a new product or a reformulated product or cause a very costly product recall. 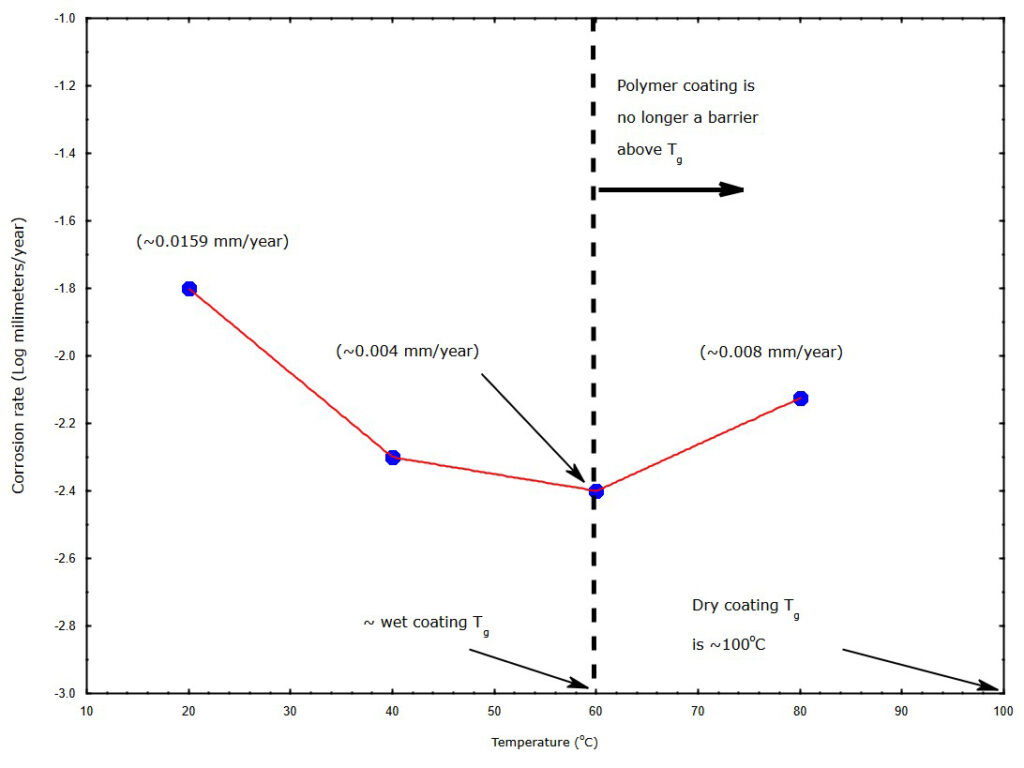 Figure 2: Corrosion rate for a coated metal as a function of temperature

Corrosion testing is needed to have low-risk decisions when modifying the chemical compositions of formulas—such as finding substitute sunscreen ingredients. It takes at least one year to achieve low risk with a storage test (approximately 3% or 7% for laminated foils and aerosol containers, respectively) and raising the storage temperature does not shorten test time while lowering risk. Electrochemical testing can both lower risk and significantly shorten test time when the appropriate technology is used.
Please visit www.pairodocspro.com for more information. Thanks for reading and I’ll see you June.  SPRAY