The Czech Aerosol Association (ČAS) recently released its figures on Czech aerosol production (not consumption) for the years 2007-2009-2011, exemplifying “the good times as well as the crisis times,” according to Josef Moravec, CEO Adviser of Czech Aerosol, a.s. and ČAS Board member.

The Czech aerosol industry is a small one and focused primarily on contract filling for export, according to ČAS. The local Czech market for aerosols, on the other hand, is primarily dominated by multinational companies.

Currently, there are only four aerosol fillers in the Czech Republic, and they all belong to ČAS. Also in the organization are three suppliers of aerosol packaging components, with the remaining members comprised of aerosol distributors. Altogether, ČAS has ten members, down from a few years ago when it had eighteen members. ČAS is a member of the European Aerosol federation (FEA). More information: www.cz-aerosol.cz. 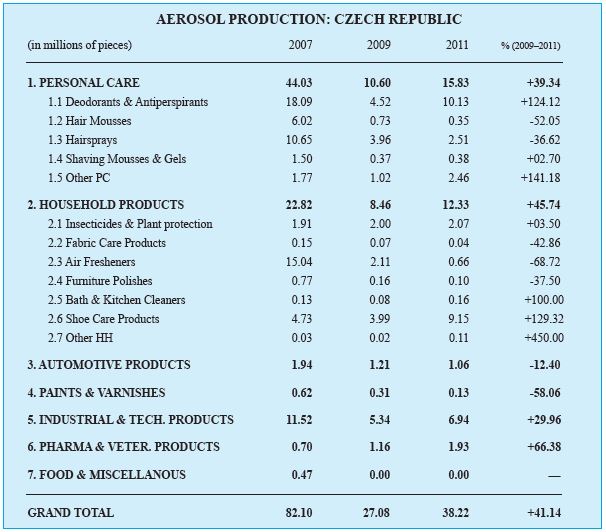