“The number of patients suffering from Dengue Fever is increasing day by day. As of now [July 2019], over 10,000 dengue patients have been identified,” said Mayor Khokon. “Being the mayor, I am also an inhabitant of this city. I too am worried, as I have a family like all other citizens,” he said after inspecting treatment facilities at Shaheed Suhrawardy Medical College & Hospital. “Mosquitoes do not differentiate between a mayor or minister. They bite everyone.”

Canada’s Global News reported that this is the worst-ever dengue outbreak in Bangladesh, with nearly 10,000 cases in July alone. 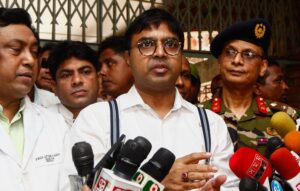