Doug Fratz of CSPA passes away

CSPA and the aerosol industry are mourning the sudden loss of D. Douglas Fratz who died at Holy Cross Hospital in Silver Spring, MD on September 27. Fratz, 63, was the leading scientist and longest-serving employee at CSPA, where for 36 years, he managed corporate advocacy efforts with government regulators and NGOs on aerosol and air quality issues. 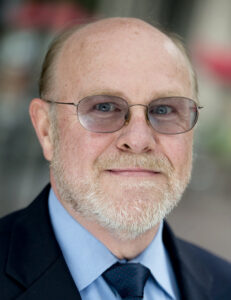 count on Doug to quickly analyze policy proposals and to lead the aerosol industry forward,” he said. “He was respected by aerosol industry leaders worldwide for his deep knowledge of issues and he was admired by everyone for his generosity of spirit.” Aerosol executives from Europe, Japan, India, Australia, China, Brazil, South Africa and across the US expressed sadness at his loss.

Philip Fleming, Executive Director of the Aerosol Association of Australia wrote “Doug has been the face of the US aerosol industry to me…he had an inquiring mind and positive personality that made him a natural for the many roles that industry association work entails.”

Bill Frauenheim, Vice President at Diversified CPC International who worked closely with Fratz for nearly 30 years on committees wrote: “I was always amazed at the level of detail that he retained. His work as our division liaison was monumental as was his institutional knowledge of our industry. Recently, in order to draft CSPA’s detailed comments, he had poured over (in depth) the 1,000-page modeling report published by the California South Coast Air Quality Management District as part of their Air Quality Management Plan. He was simply amazing and will be sincerely missed by all who had the privilege to know him and work with him over the years.”

Fratz joined CSPA in 1980 as associate director of scientific affairs. Most recently, as the association’s senior science fellow, he managed the work of hundreds of technical representatives serving on a dozen committees and task groups focused on safety, health and environmental issues related to aerosols. CSPA Executive Vice President Phil Klein, who worked with Fratz for 28 years, said no one on the CSPA staff loved his work more than Doug. “He told me recently how much he loved his job and you could see that every day in his keen sense of humor and his positive outlook on life,” said Klein.

As a scientist, Fratz prized order in his work. He kept copious notes of every meeting and hard copies of testimony and proposed legislation dating back a decade. In 2009, he began a project to catalog all the chemicals used in consumer and institutional products. That list eventually became the Consumer Product Ingredients Dictionary, now in its third edition and used as a reference in laboratories worldwide. Brigid Klein, CSPA Senior Vice President and General Counsel, said Fratz was a man of deep integrity in his work on the dictionary and on other projects. “He always made sure we were on the scientific high ground and regulators and environmental advocates all respected that.”

Fratz was as passionate about science fiction as he was about aerosols. He was a science fiction publisher, editor and book reviewer who founded the sci-fi journal Thrust in 1973. The magazine was renamed Quantum in 1990 and earned him five Hugo award nominations. Fratz was active in the sci-fi community until his death, most recently writing book reviews for the New York Review of Science Fiction and appearing as a presenter at sci-fi conventions.

Fratz was born in Oakland, MD and grew up in Accident, MD. He earned his B.S. in Chemistry at the University of Maryland and his M.S. in Environmental Science at George Washington University. He spent five years with the US Food and Drug Administration and two years with the National Institutes of Health before joining CSPA.

He is survived by his wife Naomi and his children Alex and Erica.

If you would like to send condolences to Doug’s family, please contact Holly Schroeder at CSPA at [email protected] or 202-833-7305 for more information.

For a memorial contribution, the Fratz family suggests The Nature Conservancy,  one of Doug’s favorite organizations. Click below: