Thanks to the California Air Resources Board (CARB), as well as economics, water is now incorporated in almost three billion U.S. aerosol products each year, usually as one phase of an emulsion. An even greater number of pump-action, squeeze tube and other chemical specialty products also contain emulsions. It is usually essential that these emulsions “stay together” during the service life of the product. All emulsions are metastable—that is, they possess thermodynamic energy and seek to approach ground level by phase separation. This tendency must be carefully addressed by formulators.

Thousands of chemists and technicians are currently hard at work to improve or create emulsion products. Emulsion technology is wide-ranging and often complex. Sadly, it is rarely taught in universities. Product development chemists must educate themselves. Textbooks are virtually non-existent and other information sources are often biased, academic or simply hard to find. 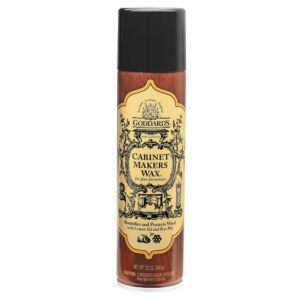 Furniture waxes—such as Goddards Cabinet Makers Wax containing bees wax—are exceptions to the definition of an emulsion as “a liquid dispersed in a liquid.”

One treatise defines an emulsion as “a liquid dispersed in a liquid.” While this covers a majority of emulsions, one of the more important exceptions are some furniture polishes that contain carnauba wax, beeswax, montan wax and synthetic waxes. Unusual emulsions can include those where the dispersed phase is mercury, gallium, low melting gallium alloy and even nano-silver. This latter item has long-lasting disinfectant/deodorant property and contains metal particles in the range of 0.005 micron. It is therefore outside the classical definition of an emulsion and may even illustrate the mythical ninth colloidal system: “solid dispersed in liquid.”

The tri-laminate bag of a BOV dispenser is usually completely full of emulsion with no head space. Thickening polymers are often added to stabilize emulsions, as shaking the BOV will have no effect on reconstituting an emulsion that has separated with age. Photo: Signature Filling Co.

An increasing number of aerosol products depend on emulsion stability—never to separate into their continuous and dispersed phases. A major example is the bag-on-valve (BOV) aerosol. The tri-laminate bag is essentially 100% full of emulsion, leaving no head space. If the emulsion separates upon aging, shaking the BOV dispenser will have little or no effect on reconstituting the original emulsion. To stabilize these emulsions, thickening polymers are often added to the continuous (usually water) phase.

Structure of emulsions
There are several ways to divide emulsions into categories. The most common is oil-in-water (o/w) and water-in-oil (w/o). The w/o is much less common but can be seen in non-foaming air fresheners that are now mostly produced outside the U.S., and thus not subject to oppressive volatile organic compound (VOC) limits.

The traditional view that oil droplets in o/w emulsions are spherical is true only if they do not touch or influence each other. Close-packed oil spheres can occupy only 73% of an emulsion, but a few o/w types show 99% oil droplets in a 1% continuous phase. In such cases, the oil particles are warped into cubes or “bricks” with slightly rounder corners and arranged in layers. The interstitial forces confer stability to the emulsion. 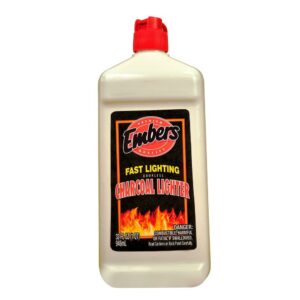 Studies have shown that foam from “quick-start” charcoal briquette igniters can survive over 16 years at room temperature.

An interesting product of this type is the “quick-start” charcoal briquette igniter. The dispersed phase is 96% and contains odorless mineral spirits, about 8% propane and 1% surfactants. The 4% continuous phase is water. A spiral of very stable white foam is laid on a bed of briquettes, which are ignited by touching a flame to the emulsion. The heavy foam deposit quickly “melts,” igniting the charcoal. A study of retained products showed that the foam survived over 16 years at room temperature.

It is difficult to identify the particle size of aerosol o/w emulsions. Most have a preponderance of 2.5 to 5.0 micron diameter droplets by weight. However, they have been outnumbered 10-to-1 or even 100-to-1 by particles down to 0.005 micron. Oversized particles can also be seen. In the absence of colored ingredients, these emulsions are either milky-white or sometimes gray-white.

Emulsion destabilization
Emulsions are subject to two disabling influences: creaming and coalescence. Most experts consider coalescence as the irreversible end result of an emulsion breakdown. It involves the contact and joining of two dispersion particles to form a larger one. The morphing process may take minutes or months. Eventually, all the particles will combine as a single liquid phase. It may float or sink, depending on how its density compares with that of the continuous phase.

Shake before using: some shave creams will produce a runny foam if not shaken before use.

Coalescence is often preceded by flocculation or creaming. This is where the dispersed particles gather together, yet do not merge. The initial emulsion can sometimes be reconstituted by shaking the dispenser. For example, some shave creams will produce a relatively runny, dense foam with larger bubbles if not shaken before use. As the name suggests, creaming is a concentration of disperse particle at the top of an emulsion.

Despite the opacity of many emulsions, creaming and flocculation can usually be determined by preparing the emulsion in a heavy glass, pressureresistant tube, allowing it to age and then slowly tilting it. The tube wall can usually expose these problems. As a rule, if creaming or flocculation is in evidence, it is prudent to add stabilizing ingredients to the emulsion. Creaming, or flocculation, poses immediate problems and may be a harbinger of a complete emulsion breakdown.

Emulsion stabilization
Probably the character and vigor of the film on dispersed particles is the most important factor in stability work. A number of substances improve emulsion stability by enhancing the repulsion between dispersed particles. A second approach has been to add viscosifying agents. Finely powdered inorganics may also be utilized. They include zinc oxide, calcium carbonate and titanium dioxide. Research involving the electric double layer is an increasingly useful predictive tool.

Stabilizers often have a thickening effect on emulsions. For example, stearyl alcohol, polyoxyethylene palmityl ether and cetyl alcohol have been used to stabilize shave creams. They not only stiffen the aerosol emulsions, but also enhance the viscosity of resulting foams. Trimethyl vinylammonium palmitate is not only a stabilizer, but produces extremely long-lasting foams.

Various thickening additives have been tested for BOVs and other aerosols where permanent stability is needed. Sodium carboxy methyl cellulose is useful. Others are polyoxy WSR-3000 gellant and PEG-910 gellant; it is said these are able to stabilize the emulsion for more than three years. Lastly, there is sodium methyl cellulose (low viscosity).

For those who wish to do so, the ungassed BOV concentrates can be measured for viscosity by using a suitable Brookfield Viscometer. However, measuring the “puffing gassed” aerosol counterpart is more difficult. So far, highly reproducible results have remained elusive. 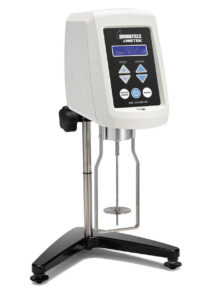 Emulsion destabilizers
This is a larger field than the stabilizers, since it includes de-frothing agents in the food industry and many others. Aerosol uses include the de-foaming of spray starch deposits on textiles, “quick-breaking” foams and the de-foaming of water-based paints. Kenneth Klausner of The Mennen Co. patented aerosol quick-breaking foams in about 1955. They have recently gained added importance as hand sanitizers in the war against COVID-19 infections. Labels promise to kill 99.99% of coronaviruses and related microorganisms. Their cidality is due to an ethanol-water composition in which the ethanol content also destabilizes the emulsion when the foam is briefly rubbed onto warm hands. A typical formulation can be seen below. 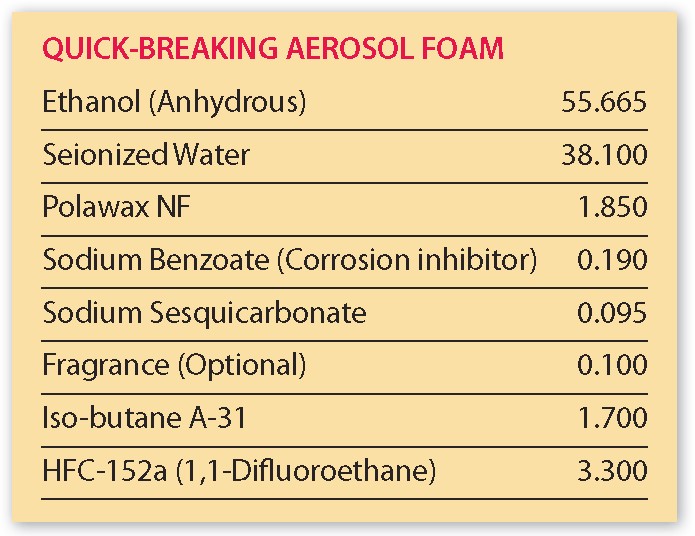 Some of these products are fortified with such disinfectant/deodorants as Polyquaternium 6, Clotrimazole and Poltquaternium 8. Others may be lightly gelled with xanthan gum (Kelzan C), carbomers (Carbopol 934) or other thickeners. If a quickbreaking foam is of little interest, then pump-action and other hand sanitizers are readily available. All should be approved by the U.S. Food & Drug Administration (FDA).

Misunderstood
Emulsion technology is an important aspect of most aerosol formulation work, yet it is poorly understood by many workers, leading to wasted time and frustration. Among the many pitfalls is the problem of emulsion instability. There are many ways to deal with this common phenomenon and a number of them are discussed here. They include selecting secondary emulsifiers, adding gallons of insoluble powders, strengthening the interstitial surface of dispersed particles and adding energy to the system by homogenization. Prospective aerosol emulsions must be tested for stability. This is done by packaging them in clear, pressure-resistant glass and letting them age for months at, for instance, 70°F and 100°F. The formulations must also be tested in the proposed can since traces of multi-valent metal ions can sometimes be ruinous. It is hoped that this brief article will persuade chemists to advance their knowledge of emulsion technology and emulsion stabilization, in particular. SPRAY