The 2019 Perfumed Plume Awards’ Fragrance Book of the Year is “Spritzing to Success…With the Woman Who Brought an Industry to Its Senses” by Fragrance Foundation President Emeritus Annette Green. 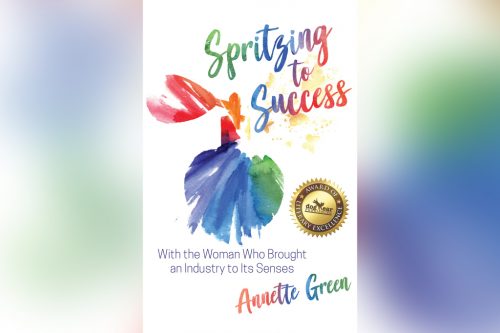 The awards ceremony, hosted by Perfumed Plume, will take place April 10 at The Society of Illustrators in New York City. The book was published in 2018 and shares Green’s experiences and knowledge of many important moments in the fragrance industry.

The book was unanimously chosen by the Perfumed Plume Consulting Committee. It is described as a who’s who, encyclopedia, memoir and anthology all in one and peppered with Green’s wit, said Perfumed Plume. Green is considered an icon in the fragrance industry.

“I thank the Perfumed Plume Committee for this accolade,” said Green. “It is a joy to be honored along with such gifted writers, all of whom elevate the art and craft of fragrance through their perfume stories.”