The Sherwin-Williams Company announced it has completed its acquisition of The Valspar Corporation. Under the terms of the merger agreement, Valspar shareholders will receive $113 per share in cash. In connection with completion of the transaction, Valspar common stock ceased trading prior to market opening today and will be delisted from the New York Stock Exchange. 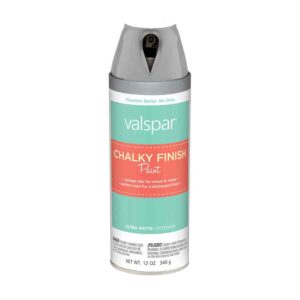 John G. Morikis, Chairman, President and Chief Executive Officer of Sherwin-Williams, said, “We are pleased to complete this transaction, and I would like to officially welcome our new colleagues from Valspar and the tremendous talent they bring to Sherwin-Williams. The acquisition of Valspar accelerates Sherwin-Williams’ global growth strategy and creates the global leader in paints and coatings. The combination of these two companies creates a world class brand portfolio, expanded product range, premier technology and innovation platforms and an extensive global footprint. These enhanced capabilities will benefit our customers and create sustainable long-term value for our shareholders.”

As previously communicated, Sherwin-Williams expects to achieve $320 million of annual run-rate synergies in the areas of sourcing, SG&A and process and efficiency savings, within three years. The company also expects this transaction to be immediately accretive to earnings (excluding one-time costs) and to meaningfully increase the Company’s operating cash flow.

Sherwin-Williams will announce financial results for the second quarter ended?June 30, 2017 on?Thursday, July 20, 2017. At that time, Sherwin-Williams will provide its outlook on the combined company for the third quarter and full year 2017, and conduct a conference call to answer questions. Further details regarding the call will be available in coming weeks.

On May 2, 2017, Sherwin-Williams conducted a senior notes offering to provide financing for the Valspar acquisition. The company placed $6 billion in bonds with maturities of 3, 5, 7, 10 and 30 years at a blended average interest rate of approximately 3.2 percent.

As previously communicated in Valspar’s quarterly dividend announcement issued May 19, 2017, because the merger was completed prior to the close of business on June 1, 2017, the Valspar quarterly dividend payable on June 8, 2017 will not be paid.