The Latest in Personnel Changes

Abe Baksh has joined B.O.V. Solutions as President. He will replace Jeannie Daniels, who

has been with the company for more than 25 years and was promoted to Managing Director. Baksh has been involved in the packaging industry for 38 years, first with CCL Custom Manufacturing (BOV Development), Revlon, EP Spray and Lindal Global. He has spent the past 22 years working with bag-on-valve (BOV) pressurized packaging technology and will play a leading role in the set up and operation of B.O.V. Solutions’ new, state-of-the-art BOV packaging facility dedicated to food production.

Peter Lombardo, President of Robertet Flavors USA, announced his retirement. An honoree of the International Fragrance Association’s Eric Bruell Distinguished Service Award, Lombardo’s career in the industry spanned five decades. In the wake of Lombardo’s retirement, current COO Robert Weinstein was promoted to President. John Simons was promoted to Senior VP. Both joined the company in 2012.

DSM Nutritional Products appointed Wilfrid Gambade to the position of Senior VP, in charge of the company’s Personal Care Business Unit. Gambade previously worked at Ciba Specialty Chemicals and Huntsman before joining Royal DSM in 2009. He will replace Ilona Haaijer, who has accepted a different but yet-unannounced position at the company. 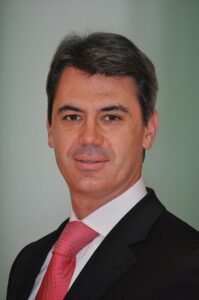 Karen Daskow was named Director, Consumer Products, Market Research division of Kline & Co. Daskow has been developing beauty products for Kline & Co. for 19 years and was a major force behind the company’s market research on at-home beauty devices.

Horst Rechelbacher, founder of Aveda Corp., died at his Wisconsin home after a three year battle with pancreatic cancer. An Austrian immigrant, he founded the company in Minneapolis in 1978, eventually selling it to Estée Lauder for $300 million. Rechelbacher was twice named one of the most influential environmentalists in the U.S. by Vanity Fair. He was 72. Prof. Frank Clanet passed away on Jan. 22. In 1980, he invented the patented Sansair System, a method of aerosol can vacuum packaging with an aluminum bag, which is patented in the U.S. and Europe. He also developed, in collaboration with Hutchinson, the Pistobal—a flexible and elastic self sealing piston for use with aerosol piston cans. Clanet had a PhD in both Physical Sciences and Pharmaceutical Sciences, and at the time of his death, taught Environmental Chemistry at Tours University of Chemistry in France.