Home > February 2015 > Transport of Dangerous Goods into and within Mexico

Transport of Dangerous Goods into and within Mexico 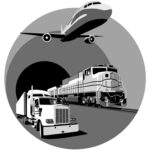 There are many opportunities to export aerosols and other dangerous goods to Mexico, but it requires a bit to understand the regulatory requirements for the storage, handling and transport of dangerous goods to and within Mexico. 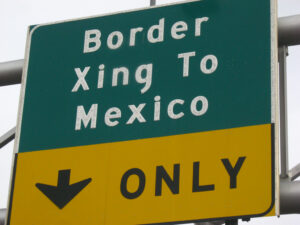 The SCT’s NOMs for the transport of dangerous goods are fairly consistent with those of older versions of the United Nations Recommendations on the Transport of Dangerous Goods (UN Model Regulations). Since the U.S. Hazardous Materials Regulations are periodically harmonized with the UN Model Regulations, the requirements of the HMR and of the Mexican NOMs are also fairly consistent. However, there are some significant differences with respect to classification and hazard communication.

These differences are being addressed by the Land Transportation Standards Hazardous Materials Working Group and through amendments and restructuring of the UN Recommendations. As a general rule, the requirements of the Mexican NOMs are four to ten years behind the latest version of the UN Recommendations. It is important to note, however, that there have been a number of recent updates to specific sections of several NOMs that make some of the Mexican rules current with contemporary standards of the U.S. DOT’s Hazardous Materials Regulations (HMR) and Canada’s Transport of Dangerous Goods (TDG) Regulations. For example, the SCT recognizes and authorizes the use of the Limited Quantity hollow diamond with black points mark for dangerous goods documents on a bill of lading as “Cantidad Limitada” or Limited Quantity. SCT also recognizes and authorizes the basic description sequence (e.g., ID number, shipping name, hazard class and division, and packing group if it applies), which is consistent with the HMR and TDG.

The most significant differences between the HMR/TDG and the SCT’s NOMs appear to be in the List of Dangerous Goods. The latest version of NOM-002-SCT (Listado de las Substancias y Materiales Peligrosos más Usualmente Transportados) was published in 2011 and does not include any items having a UN ID number greater than 3,495. In addition, a number of special provisions are not consistent between the two sets of rules and the current marine pollutant marking and excepted quantities markings are not included.

Key standards are shown in the following table:

Copies of the applicable Normas Oficiales Mexicanas can be found here.

With respect to packaging, marking, labeling and documentation, the requirements of the SCT’s NOM-003-SCT/2008 and NOM-043-SCT/2003 are essentially identical to those of the HMR and TDG. Packaging must conform to the UN Performance Oriented Specification Packaging standards for other than limited quantities. Packages must also be properly marked and labeled with the proper shipping name, UN identification number and corresponding primary and subsidiary risk labels, if applicable. Although it does not specify the language to be used for the marking of the proper shipping name, it is implied that the language must be in Spanish. NOM-043-SCT/2003 does require that the dangerous goods declaration be available in Spanish. The Dangerous Goods Declaration specified in NOM-043-SCT/2003 is identical to the Multimodal Dangerous Goods form specified in the UN Recommendations on the Transport of Dangerous Goods, except that it is in Spanish.

It is important to note that shipments to Mexico offered for transport by air must be marked and documented in English, but dual language marking and documentation is acceptable. 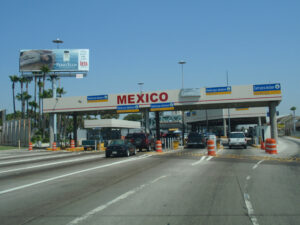 In addition to the required bill of lading, shipments to Mexico must, in most cases, be accompanied by the following documents:

The Safety Data Sheet must be available in Spanish and conform to either NOM-018-STPS/2000 or NMX-R-019-SCFI/2011. Mexico was the first country in North America to adopt the Globally Harmonized System of Classification & Labeling of Chemicals (GHS) standard for Safety Data Sheets (Sistema Armonizado de Clasificación y Comunicación de Peligros de los Productos Químicos). Safety Data Sheets conforming to the older NOM-018-STPS/2000 standard require 12 sections, while those conforming to NMX-R-019-SCFI/2011 require 16 sections, which is consistent with Revision Three of the GHS standard.

In recognition of the pending implementation of GHS requirements in the U.S., it is strongly recommended that Safety Data Sheets be made available in the GHS format, but translated into Spanish for acceptance by the Mexican regulatory authorities and to facilitate transport within Mexico.

For questions regarding the transport of dangerous goods to and within Mexico, its implementation or impact, or to obtain a copy of any of the Normas Oficiales Mexicanas, contact [email protected] or (310) 370-3600.