The 61st annual Consumer Specialty Products Association (CSPA) Aerosol Pressurized Products Survey has revealed that the estimated total units filled in the U.S. in 2011 was 3.782 billion. This represents a 1% increase from the estimated fillings for 2010 reported in last year’s survey, and establishes another new historical high for U.S. fillings, exceeding last year by more than 36 million units. 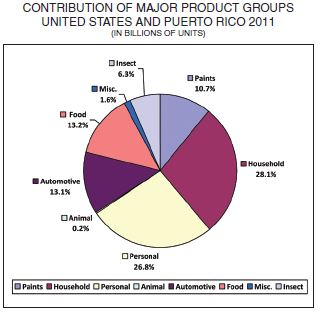 Tony Jackson, Aeropres Corp., served as Chairperson of the CSPA Aerosol Products Division’s Survey Committee for 2011 and presented the data during CSPA’s Mid-Year Meeting in Chicago, IL. The summary serves as a benchmark for assessing the economic status of the U.S. aerosol industry.

The survey, which also reports the unit volume of aerosol packaging components manufactured and delivered for domestic use in 2011, as well as estimates for Canadian and Mexican production, has served for 61 years as the primary index of the business strength of the aerosol products industry. 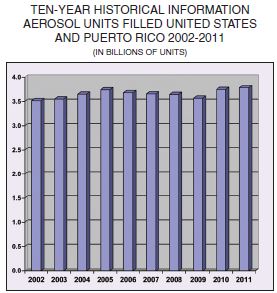 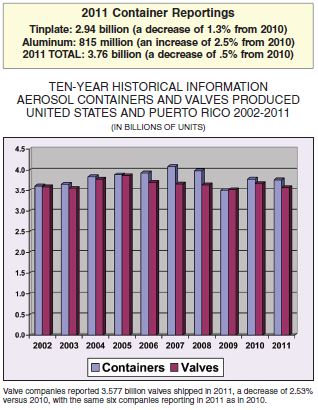 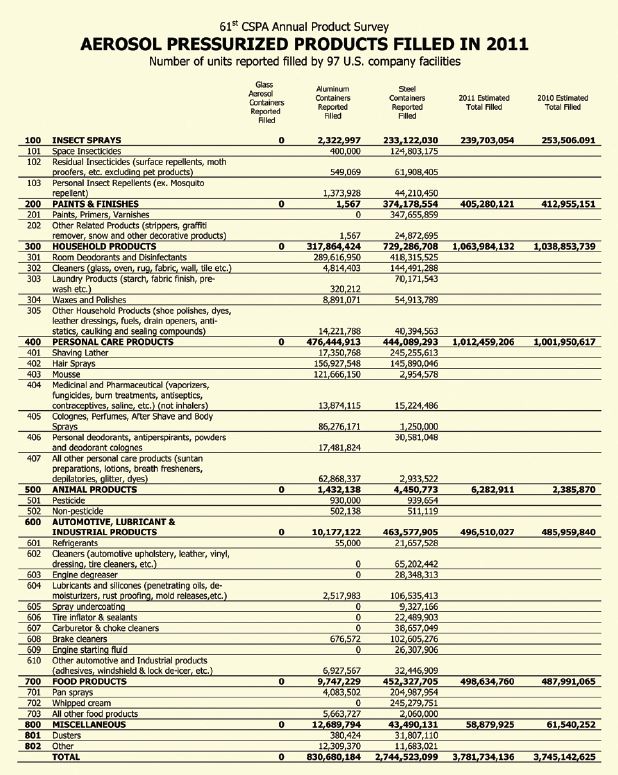 “2011 was another good year for the aerosol sector of the consumer specialty products industry, showing the continued resilience of the industry in these difficult economic times,” said CSPA President & CEO Chris Cathcart. “Our Aerosol Products Division Survey Committee has worked hard to make this year’s survey U.S. aerosol industry remains strong… the most accurate possible picture of our industry, and has continued to expand the survey report this year to cover all of North America, providing estimated Canadian and Mexican aerosol product production. Total North American aerosol product production for 2011 is estimated to be 4.219 billion units, a 0.1% decrease from 2010’s historic high.”

Valve companies reported 3.577 billion valves shipped in 2011, a decrease of 2.53% versus 2010, with the same six companies reporting in 2011 as in 2010. Fillers reported 3.575 billion units filled in 2011, and the CSPA Aerosol Products Division Survey Committee, estimating production for non-reporting companies, estimated a total of 3.782 billion units filled in 2011.

Copies of the survey are available to CSPA members for $95 and non-members for $495. A limited number of reports from past years also are available. Order online at www.cspa.org or send a check or money order to CSPA, 900 17th St. N.W., Suite 300, Washington, DC 20006.