What is crevice corrosion?

Crevices can be found in several areas of traditional aerosol containers. These areas are where a) valves and valves attached to bags are crimped to an aerosol container and b) container tops and bottoms are seamed onto the body. Container welds do not typically form a crevice where the original edges are overlapped for welding because a complete weld is a single piece of metal. 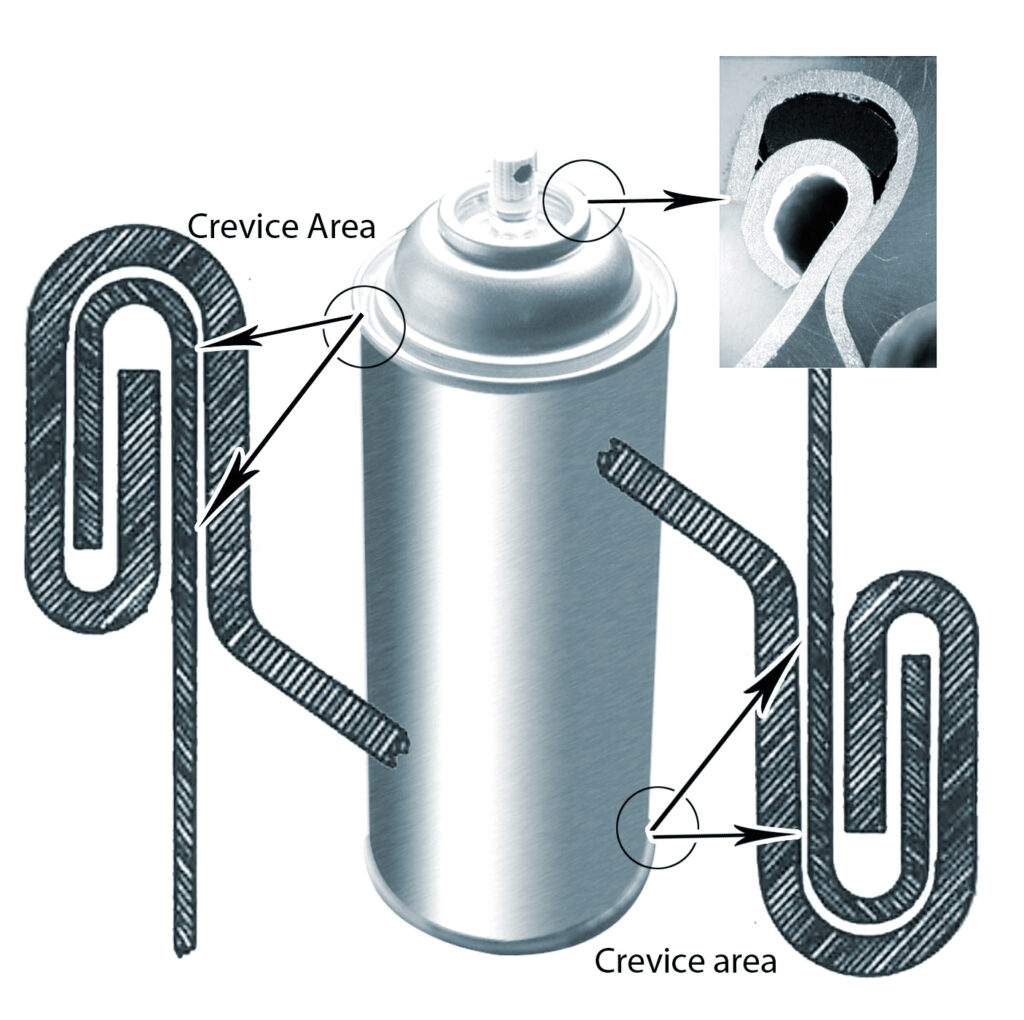 However, electrochemically active ions and molecules in your formula can be reduced by electrons from the container metal, and electrons move through metal many times faster than liquid diffuses into the crevice.

More info: www.pairodocspro.com. Please send questions/comments/suggestions to [email protected] Back issues of Corrosion Corner are available on CD from ST&M. Thanks for your interest and I’ll see you in November.