The British Aerosol Manufacturers’ Association (BAMA) hosted its first Aerosol Discussion Evening of 2022 in February and invited Tom Giddings, GM of the Aluminum Packaging Recycling Organization (Alupro), to be one of the three speakers at the event.

Alupro operates under the umbrella of Metal Matters and both organizations have been actively supported by BAMA for several years. Their successful campaigns have made it possible for empty aerosol containers to be accepted by 96% of the UK local authorities in their general curbside recycling collections. 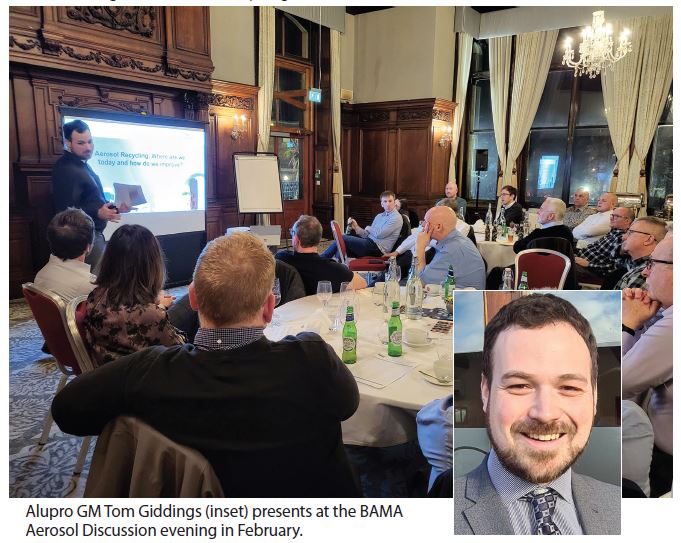 Part of Gidding’s presentation covered Scotland’s Deposit Return Scheme (DRS) for beverage containers. Scotland will be the first of the UK nations to implement such an initiative, and Economy Minister Lorna Slater has announced that the Scottish DRS will now go live on Aug. 16, 2023. An independent review had found that, because of the COVID-19 pandemic, the previous go-live date of July 2022 was no longer practical.

However, DRS infrastructure, such as reverse vending machines, will start rolling out from Summer 2022 and, where possible, the Scottish Government will work with retailers to enable use of this infrastructure on a voluntary basis from November 2022.

The Minister confirmed that the design of the scheme remains unchanged and that the target of achieving 90% collection rates by 2024 will be maintained.

This can have significant consequences for aerosol cans. As things stand, the percentage of aerosol cans in an average cubit meter of metal packaging collected for recycling is below 5% in the UK. Should beverage cans disappear from general curbside collection, only food tins and aerosol cans would be left, resulting in a possible hazardous waste percentage that exceeds the safety threshold.

BAMA has been exploring a variety of options to overcome this issue, including refillable containers, inclusion of aerosols in the DRS and non-flammable propellants. We don’t expect to find a one-size-fits-all solution, but would rather produce a range of options for manufacturers to choose from. The alternative is a significant increase in waste collection and disposal costs that would have to be passed on to price-conscious consumers.

On the positive side, the Waste & Resources Action Program (WRAP) reported that, in early February, some major UK retailers—including Marks & Spencer, Morrisons, Ocado Group and Waitrose & Partners—came together as the “Refill Coalition.”

This coalition plans to look at co-designing a new, innovative refill solution with the potential to test it in-store later this year. If successful, BAMA hopes that a similar group will look at how aerosol products could be refilled in-store, as well.

The refillable option will help reduce the increased waste disposal costs that the Extended Producer Responsibility (EPR) expects manufacturers to cover. It could also give consumers another reason to visit physical brick-and-mortar stores to drop off the empties, collect the refills and so reduce the impact of transport emissions per unit of products. It might not be the best or only solution for several products, but it seems worth exploring further. SPRAY 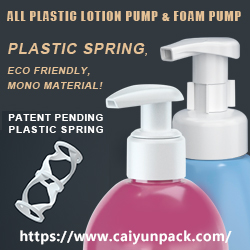