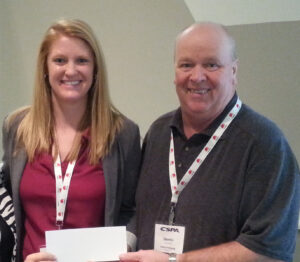 Ball Corp., its employees and The Ball Foundation donated more than $4 million to charitable organizations in the communities where Ball operates in 2014. The company’s employee matching gifts and Dollars for Doers program grew in 2014 to $2.1 million (up from $1.4 million in 2013). Employees also logged nearly 18,000 hours of volunteer service. The employee-focused program, called the Ball Community Ambassadors, supports and encourages employees to donate to and volunteer for the causes that matter to them. In the U.S. and Canada, employees can receive up to $5,000 a year in matching donations from the corporation.
Also in the U.S., The Ball Foundation invested $1.5 million into community programs that create a positive, measurable impact in education, recycling, food security and disaster relief.
Ball’s plants around the world also donated $467,000 to causes in their local communities and organized community events such as recycling, coat and food drives.

The Consumer Specialty Products Association (CSPA) has announced that its 2016 Mid-Year Meeting will be held May 10–13 at the Gaylord National Resort & Convention Center located at National Harbor, MD in the backyard of the nation’s capital.
“This venue provides improved access to government elected and regulatory officials whose attendance and participation in the meeting is valuable for our members,” said Chris Cathcart, President & CEO of the organization. “In addition, we look forward to the many new business-to-business opportunities this location will provide.”
The Gaylord National Resort & Convention Center anchors the 300 acre National Harbor waterfront entertainment district, located eight miles south of Washington, D.C. It has a 19-story glass atrium with sweeping views of the Potomac River, Washington D.C. and Old Town Alexandria, VA, both of which are accessible by water taxi. The resort is convenient to three airports.