Hello, Everyone. There are times when one or more formula ingredients are not soluble in the rest of the formula. In these instances, the insoluble ingredients are dissolved in another solvent before mixing with the main formula.

However, what happens when the solvent for the insoluble formula ingredient(s) is also insoluble in the main formula solvent? Enter the emulsion!

What is an emulsion?
An emulsion is a type of colloid formed from liquid droplets dispersed in a continuous liquid matrix. The dispersed droplets can have an average size of 1–1,000 nanometers (nm)—size is referred to as an average because there is typically a distribution of droplet sizes. Spray packaging dispenses liquid droplets into air; this type of colloid is referred to as an aerosol. Aerosol droplet sizes from consumer packaged goods range from approximately 4–10 microns (micro-meters) and medical aerosol droplet sizes are typically smaller than four microns. In other words, aerosol sprays are colloids but not emulsions.

Probably one of the most familiar emulsions is oil-invinegar salad dressing. This emulsion is formed by vigorously shaking a mixture of oil and vinegar to produce a translucent emulsion that immediately separates (breaks) into oil and vinegar when the shaking is stopped. In other words, oil-in-vinegar emulsions are not stable. 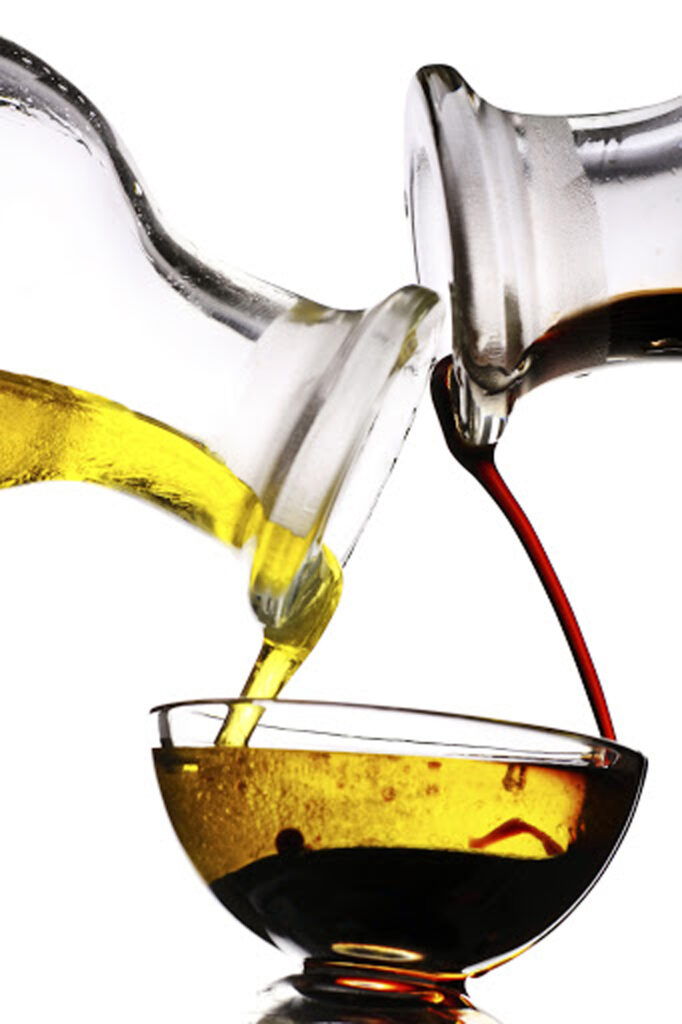 Oil-and-vinegar emulsions immediately separate and are not stable.

Milk is another common opaque emulsion that consists of water and small water-insoluble liquid-fat droplets. Milk also separates into two or more translucent and opaque phases over time (referred to as cream phases). However, milk also has natural surfactants/emulsifiers that stabilize the emulsion for a significantly longer time than the oil-in-vinegar emulsion.

Types of emulsions
Emulsions are generically classified as either oil out—water droplets in an oil matrix, or as water out—oil droplets in an aqueous matrix. Emulsions can also be characterized by the average droplet size, concentration or by the surfactant orientation on the droplet surfaces. For example, microemulsions and nano-emulsions have average dispersed droplet sizes below 100nm. They often have a translucent, slightly blue color and a beam of light travels through the micro/nano-emulsions without being refracted by the droplets (Tyndall effect).

The dispersed phase in a hyper emulsion is above 74% of the overall formula. Hyper emulsions are typically opaque and are sometimes used to extinguish fires. 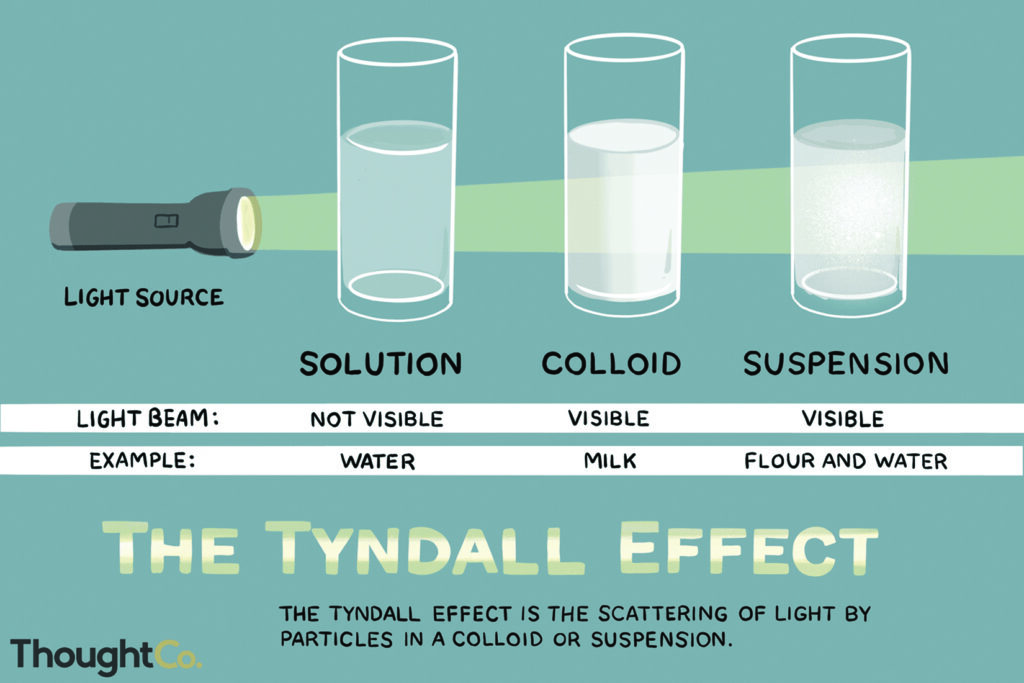 Emulsions can also be liquid crystals. In this situation, dispersed droplets are encapsulated by a crystalline sheath of surfactant molecules around the droplets.

Different surfactants for different emulsions
Surfactants are believed to stabilize dispersed droplets by either forming a protective complex liquid barrier around each droplet or by forming a charged surface around the droplets. Both barriers and charged surfaces prevent droplets from contacting other droplets and coalescing into larger droplets.

• Emulsion type
• Stability of the emulsion; and
• Corrosivity of the various phases formed from a broken emulsion

Smaller droplets coalesce into larger ones when an emulsion is unstable or destabilized. For example, a surfactant can become partitioned between the propellant and droplets at the propellant-bulk formula interface when a surfactant is soluble or partially soluble in a propellant. Partitioning decreases the surfactant concentration on the droplets, allowing them to coalesce. The larger droplets could subsequently contribute to or cause corrosion:

Some surfactants—such as sodium lauryl sulfate, nonylphenol and di-nonylphenol—contribute to or cause spray package material corrosion.

Thanks for your interest and I’ll see you in April. Contact me at 608-831-2076, [email protected] or from one of our two websites pairodocspro.com or aristartec.com. SPRAY