All metal alloys have inclusions in the metal matrix. Inclusions are typically microscopic spherical particles of non-metal components of the aluminum alloy and aluminum/non- metal compounds. Spherical inclusions become distorted and flattened when the metal is formed into a container. Figure 1 has an example of an inclusion in aluminum aerosol container metal. I’ve only observed rare instances when inclusions like the one in Figure 1 have caused container pitting corrosion. 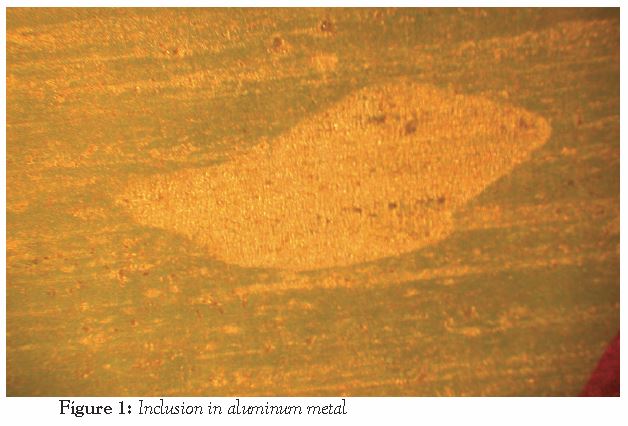 Small pieces of metal (divots) are removed from aluminum during the container-forming process. Figure 2 has an example of a divot found in an aluminum aerosol container.

Notice in Figure 2 that the coating backfilled the divot. I have only observed rare instances where this type of metal defect has contributed to or caused container corrosion.

Aluminum aerosol containers are formed with multiple extrusion stages. The containers resemble long tubes open at the top with a bottom added during one of the later stages. The open tubes are cleaned with a spray nozzle to remove the lubrication applied during the previous extrusion stages and the coating is subsequently sprayed inside the tube. The nozzle moves from the bottom of the tube to the top during the coating application. 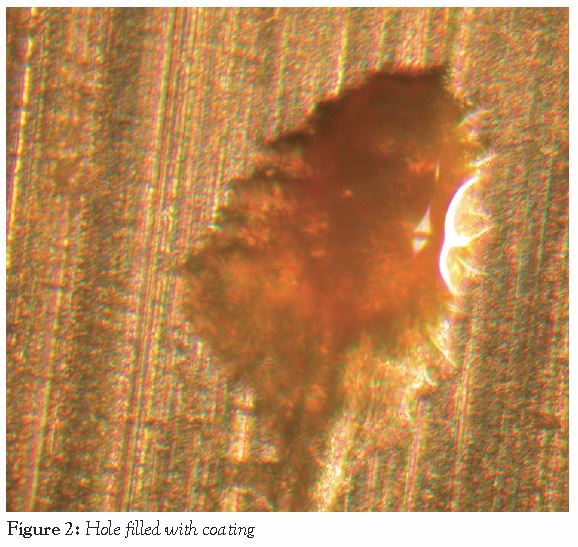 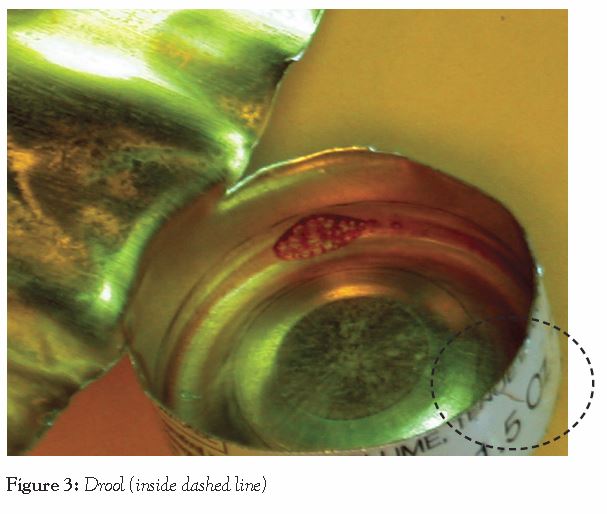 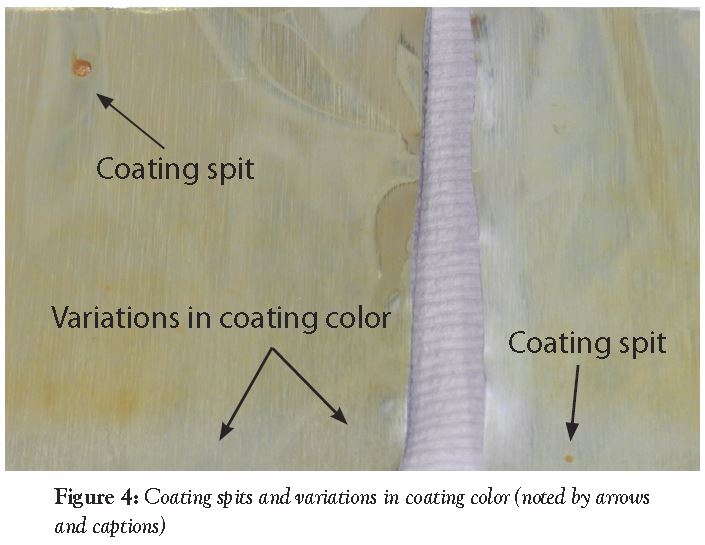 Entrained air in the bulk coating material sometimes causes a coating nozzle to instantaneously eject the air with a small amount of excess coating. The excess coating on the container surface is referred to as a spit, examples of which are shown in Figure 4. Notice that there are two spits at two different locations inside this example.

Spits are very common in aluminum aerosol containers. However, I have not observed an instance where a spit has contributed to or caused container corrosion. I have observed rare instances where variations in color appeared to cause random container failures (leaking). 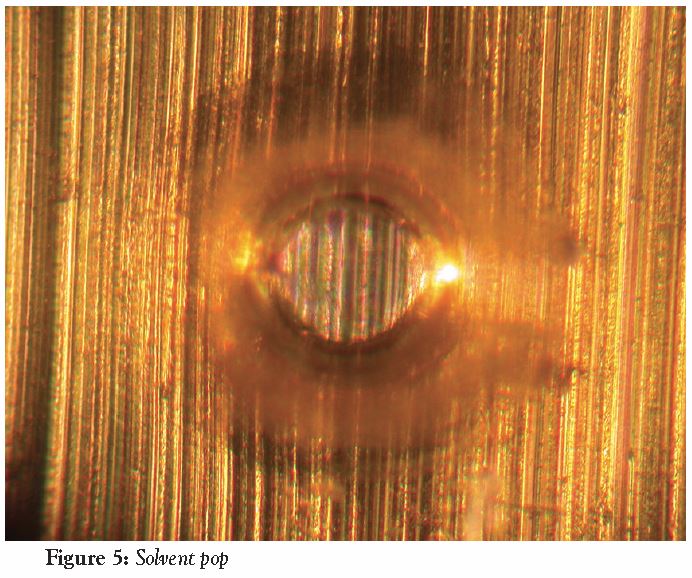 High temperatures are used to cure aerosol container coatings. Coatings and coating components are dissolved in solvents that evaporate during the curing process and small bubbles can form during solvent evaporation. Sometimes these bubbles harden, producing solvent pops like the one in Figure 5.

Holes in coatings are very common. Figure 6 has an example of a small area where a coating did not wet (cover) the container  metal, resulting in a hole that exposes metal. This type of defect only causes pitting corrosion when there is also extensive coating corrosion in a large area around the hole. 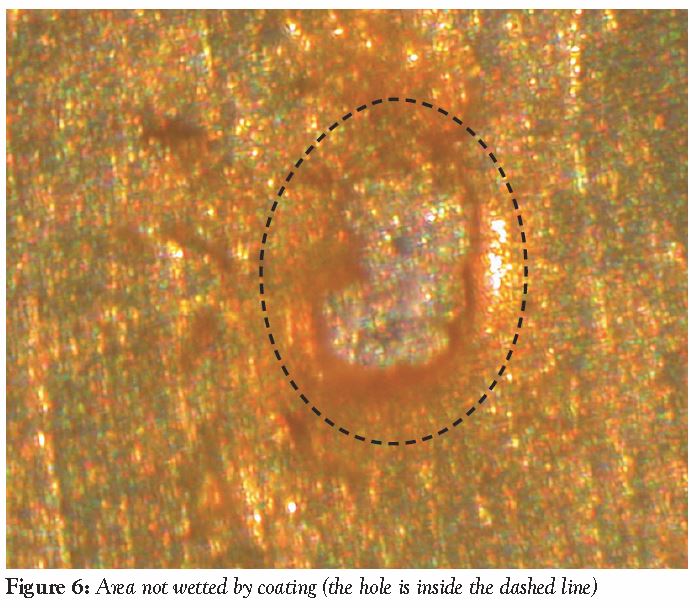 One or several of the defects shown in Figures 1–6 are present in most aluminum aerosol containers. Corrosion testing is needed to determine when these defects will contribute to or cause container corrosion that leads to failure.

In the next issue, I will continue this discussion on material defects.

Thanks for your interest and I’ll see you in July. Please contact me at 608-831-2076, [email protected] or from one of our two websites: www.pairodocspro.com and www.aristartec.com. SPRAY