Hello, everyone. Limited budgets for testing, as well as pressure to quickly commercialize new products and derivative products (line extensions), often force the taking of short-cuts in corrosion tests. Indeed, higher temperatures are often used to accelerate spray package corrosion to shorten the time needed for corrosion testing. However, there are many pitfalls to this approach. 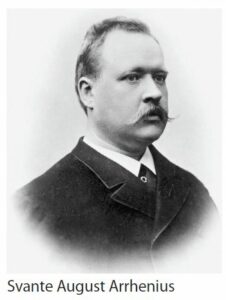 Parts 1 & 2 of this column will present an updated compilation of previous Corrosion Corners concerning the use of high temperatures to accelerate spray package corrosion. The questions I’ll address will be:

• Multiple, replicate packages are stored in one or more constant temperature rooms
• A small number of the packages are periodically removed from each room, inspected for corrosion and evaluated for product stability
• The corrosion data are used to predict long-term package corrosion (e.g., 3–5 years)

One of the most often used short-cuts for a storage test is to increase the storage temperature and (hopefully) decrease the test time. This short-cut is often justified on the basis that corrosion is always worse at a higher temperature, particularly with coated metal package components. However, several others and I have witnessed numerous instances where this type of assumption (and its associated short-cut) results in unexpected corrosion with package leakage.

2. The science often used to justify increasing temperature to accelerate package corrosion
The Arrhenius Equation
The rates of a gaseous decomposition and nuclear decay were found to be a linear function of temperature by Svante August Arrhenius in 1889. The mathematical expression for his equation in corrosion rate terms is:

Equation (1) is also believed to apply to polymer film and polymer coating corrosion, such as delamination and blistering. In practice, using Equation (1) for polymer corrosion rates is difficult because the rate has to be the number of moles of broken polymer-metal bonds per time.

Being able to conduct a corrosion storage stability test in half the amount of time would be very useful indeed. Thus, the Arrhenius Equation is often used as the technical justification to increase storage temperature to accelerate corrosion and subsequently shorten storage testing times.

However, Arrhenius established two conditions that must apply for his equation to be valid for a given chemical reaction:

1. The kinetics of the reaction is first order, or can be assumed to be quasi-first order
2. The rate of the chemical reaction is controlled by its activation energy: Ea 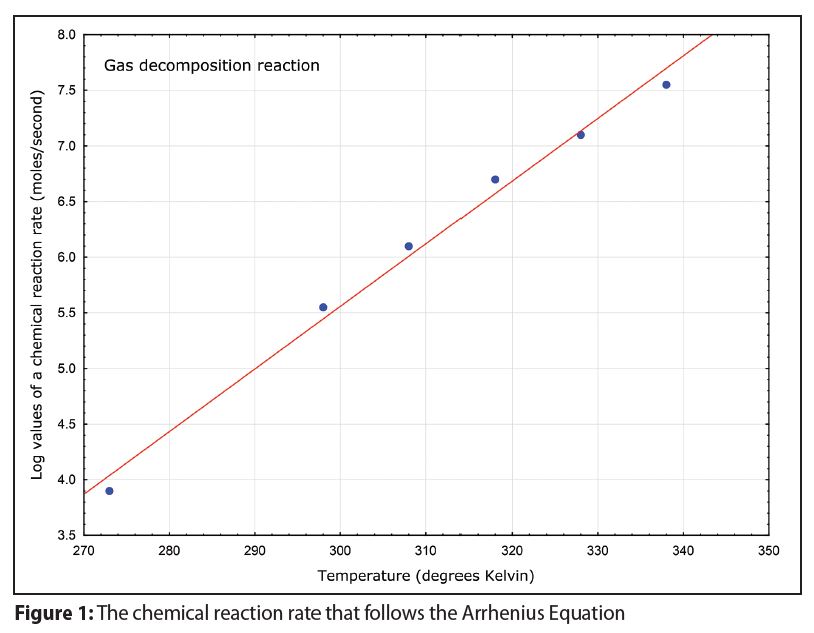 A linear graph like that in Figure 1 is rarely observed with room temperature and high temperature corrosion data.

A useful form to test the validity of the Arrhenius Equation for specific formula-packages systems can be derived by taking the natural log (Ln) of Equation (1) and rearranging it as follows:

However, my experience has been that Ea calculated for pitting corrosion are typically millions of calories/mole °K, indicating that pitting won’t occur when it actually does occur. I’ve seen similar situations for both tinplate detinning corrosion and the blistering of coatings.

A key thing to remember is that I’m talking about the rate of corrosion and not the amount of corrosion. In other words, there might appear to be more corrosion at a higher storage temperature, but the high temperature did not actually increase the corrosion rate.

3. Do higher temperatures actually accelerate corrosion?
Why doesn’t corrosion follow the Arrhenius Equation? One answer is that the two assumptions that underlie Equation (1) are not applicable to corrosion kinetics. In addition, corrosion kinetics are typically not first order; plus, corrosion is often controlled by a variety of other phenomena instead of activation energy.

• Formula chemical composition
• Surface chemistry
• Material transport between the formula and the package; and
• Package material type and properties

The interaction of these different processes produces an overall process that does not typically fulfill all the conditions needed for valid application of the Arrhenius Equation to spray package corrosion. Hence, increasing temperature by 10° does not usually double the rate of corrosion for spray package materials.

Indeed, it has been my experience that metal container pitting corrosion, steel aerosol container detinning, plus both delamination and blistering of internal polymer coatings, do not usually follow the Arrhenius Equation. In other words, one cannot reliably accelerate pitting corrosion, detinning or coating delamination and blistering by raising the storage temperature. Consequently, using temperature to accelerate these types of corrosion often leads to erroneous results and unexpected spray package corrosion.

We’ll complete this series in the next issue with more discussion of the science of why high temperatures do not accelerate metal or polymer corrosion, when high temperature storage conditions should be used and how long to evaluate packages at higher temperatures.

Thanks for your interest and I’ll see you in November. Contact me at 608-831-2076, [email protected] or from our two websites: pairodocspro.com and aristartec.com. SPRAY