Burt Shavitz, co-founder and namesake of natural personal care company Burt’s Bees, passed away July 5 at age 80. He died in Maine of respiratory complications. Shavitz grew up around New York, served in the Army in Germany and shot photos for Time-Life before leaving New York for the backwoods of Maine. 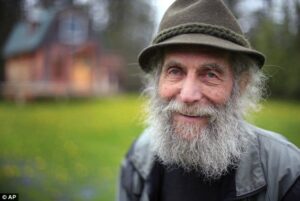 Burt’s Bees started by chance—Shavitz, a beekeeper who sold honey from a roadside stand, pulled over one day in 1984 to pick up hitchhiker Roxanne Quimby. The two hit it off, and Quimby started making candles from Shavitz’s beeswax. The pair made $200 at their first craft fair selling the candles, and within a year, pulled in $20,000, according to a company timeline. Soon, they started making all kinds of other products featuring Shavitz’s face and beard on the labels.

Burt’s Bees was sold for $1 billion to Clorox in 2007. The company remains one of the most recognizable natural care brands in the U.S.

“We remember him as a wild-bearded and free-spirited Maine man, a beekeeper, a wisecracker, a lover of golden retrievers…” the company said in a statement. “Above all, Burt was always Burt—an uncompromising individual of his own invention.”