Coty, Inc. is set to acquire a trio of personal care brands from Procter & Gamble (P&G) after winning an auction process, the New York Post reports. Clairol, CoverGirl, Max Factor and Wella will soon join Coty’s stable of brands, though the deal could take at least two weeks to be finalized. 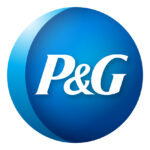 Amid a flurry of cost-cutting measures, P&G announced plans last August to sell off a significant portion of its product lines to focus on the company’s “core brands,” such as Crest, Pampers and Tide.

Coty’s total bid for the acquisitions reportedly approached $12 billion. If those figures are accurate, it’s the largest cosmetics acquisition in at least a decade. German-based manufacturer Henkel and U.S. equity firm KKR were said to be other major firms vying for the P&G spin-offs, as well as Revlon, who dropped out prior to submitting a bid.

The transaction will be completed through a Reverse Morris Trust, in which P&G will spin off the brands into a separate company, which will then be absorbed by Coty in the form of a merger. P&G attempted the same maneuver–intended to avoid capital gains taxes–in its sale of the Pringles brand to Diamond Foods in 2011, before eventually selling to Kellogg Company.