I am actually writing this article while sitting on a beach in Koh Samui, Thailand. I am here on a much-needed vacation. Knowing that I have to pay for this luxury, I brought my laptop to the beach to do a little work.

DOT’s latest rulemaking
Shortly after I drafted and submitted last month’s article on the state of harmonization in which I stated that I was initially annoyed that the U.S. government was changing its mind again, the U.S. Dept. of Transportation (DOT) did, in fact, flip-flop…again. The DOT had published its final rule HM-215K on Jan. 19, 2011, amending the Consumer Commodity, ORM-D provisions and signaling the beginning of the end for the marking as we have come to know it. In fact, the ORM-D-AIR marking was eliminated on Dec. 31, 2012, leaving only one more year for the ORM-D marking to be eliminated for all ground shipments.
The DOT’s latest rulemaking, HM-215K, published Jan. 7, 2013, stays the execution of the ORM-D marking, which was set to expire on Dec. 31, 2013, until Dec. 31, 2020. Great! (I say that sarcastically). Now I have a new topic on which to write about for next month’s article in Spray. 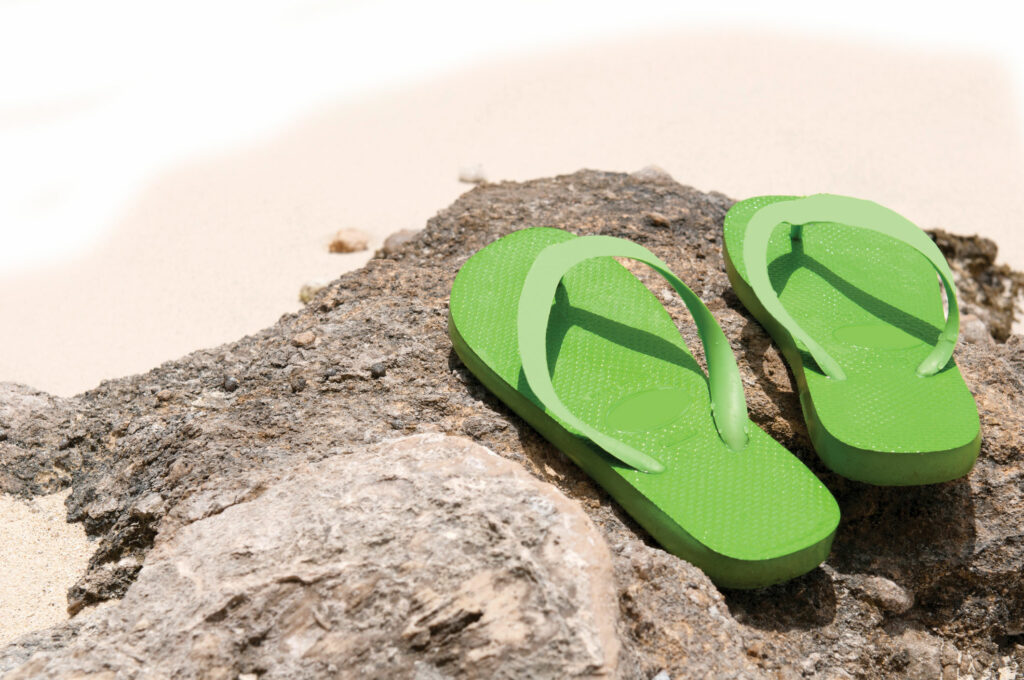 Flip-Flops
As I lay here in a chaise lounge, poolside on Ban Taai Beach, it hits me…flip-flops! The DOT’s reversal is kind of like a pair of flip-flops. They’ll get you from here to there, but they’re not really effective and will become quite irritating and uncomfortable after long periods of time.
The same is true of the Consumer Commodity, ORM-D marking, I suppose. It will work, and it will get you from point A to point B in the U.S. (and possibly Canada), but it won’t work anywhere else. So why continue to delay the inevitable? Wouldn’t it be simpler to just make the change from Consumer Commodity, ORM-D to the new Limited Quantity marking for all modes of transport and just be done with it?
There is, essentially, no difference in the handling, documentation and packaging requirements for ORM-D versus the new limited quantity marking. I suppose that shippers that have significant stocks of pre-packed ORM-D materials would want to move their inventory to eliminate the need for remarking. However, who has a seven-year supply on hand? Consider also that many of these products probably have short shelf lives (e.g., cosmetics, aerosols).
As for my clients, I am suggesting—strongly—that they make the transition now, or at some point this year, to facilitate international commerce and to be certain and not subjected to the back-and-forth indecisiveness of the U.S. DOT. I would encourage all manufacturers and shippers to give serious consideration to making the transition at some point in the near future—sooner rather  than later.  SPRAY