Inventor of Spray-On Hair passes away

aerosol spray applied to balding areas of the scalp to create artificial hair covering that area. Spray-on hair was one of the products pioneered by Popeil’s company—RONCO—in the 1980s, under the name GLH-9 (Great Looking Hair Formula #9). The product sold over a half million cans, according to Wikipedia, and was popular in the 1990s due to 30-minute infomercials for the product on late-night cable TV

Popeil is widely regarded as the father of the television infomercial. Both an inventor and marketing expert, Popeil was a trailblazer when it came to direct-to-consumer marketing with his face and name becoming synonymous with the products he was selling for more than three decades with a fortune estimated at $200million.

Some of Popeil catchphrases include “But wait, there’s more!”, “Set it and Forget it!” and “Less Shipping and Handling.”

Under RONCO, which he set up in 1964, Popeil sold a wide range of products besides Hair 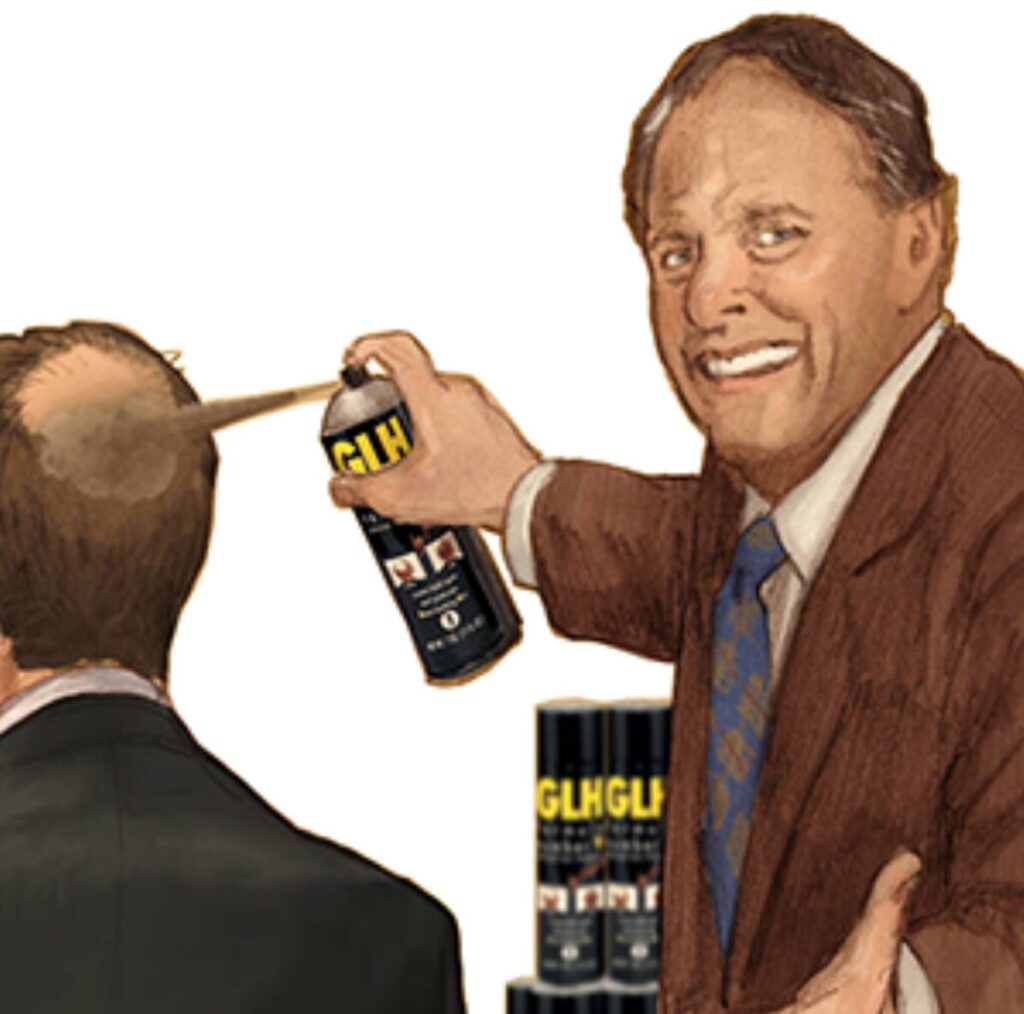 in a Can, including Popeil’s Pocket Fisherman, Mr. Microphone (a karaoke machine), the first music compilation record collections, Inside the Eggshell egg scrambler, Popeil’s Pasta Maker and Food Dehydrator, the Rhinestone Stud Setter (later called the Bedazzler) and the Chop-o-Matic classic vegetable slicer in 1959, which sold two million units,

The “Set it & Forget it” Rotisserie was his most successful product and made more than $1 billion in sales, breaking records on home shopping channels.

All of the RONCO items which were deemed to be innovative have been archived by The Smithsonian Institute in Washington, DC.